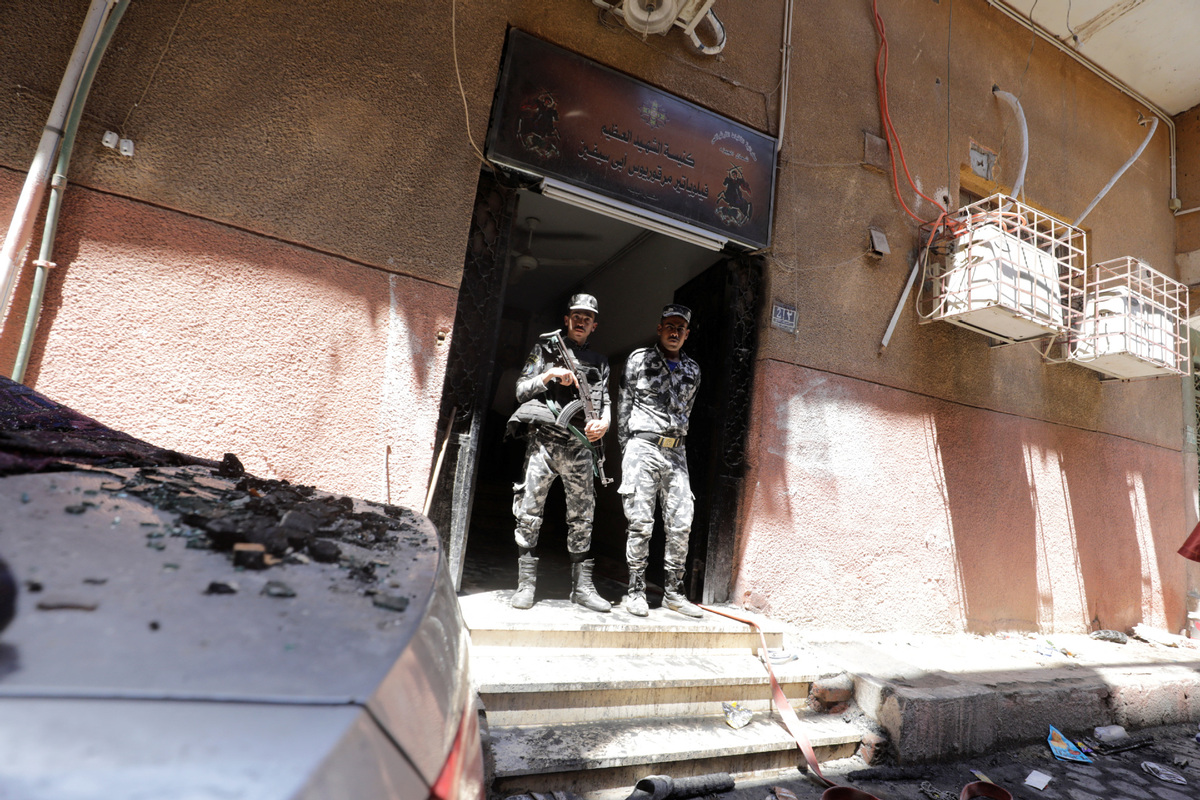 Security members stand at the scene where a deadly fire broke out at the Abu Sifin church in Giza, Egypt, August 14, 2022. (Photo: Agencies)

At least 41 people were killed and 12 wounded in a massive fire that broke out in a Coptic church in Egypt's Giza province on Sunday, the Egyptian Health Ministry said.

"Deaths are still being counted" in the Abu Sifin church accident in the Imbaba neighborhood, the Health Ministry said in a statement, adding 37 ambulances were sent to the site.

The Egyptian Interior Ministry said in a separate statement that the fire started from an air conditioner on the second floor of the church building because of an electrical fault.