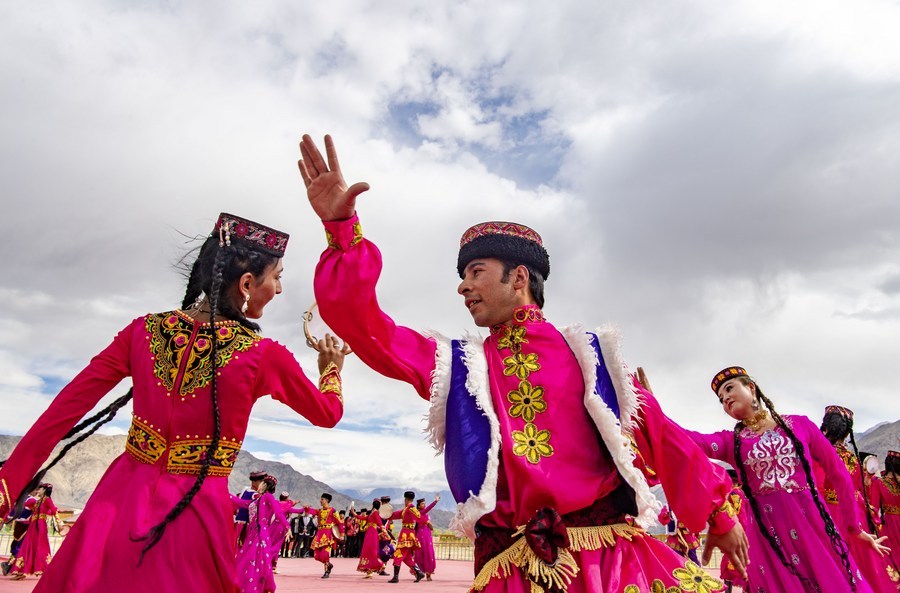 Belarus on Wednesday delivered a joint statement on behalf of 46 countries at the 44th session of UN Human Rights Council, voicing support for China's anti-terrorism and de-radicalization work in Xinjiang Uygur Autonomous Region.

"We urge refraining from making unfounded allegations against China based on disinformation," they said in the statement.

"We reiterate that the work of the Human Rights Council should be conducted in an objective, transparent, non-selective, constructive, non-confrontational and non-politicized manner. We reaffirm our commitment to the promotion and protection of human rights and our firm opposition to the practice of politicization of human rights issues and double standards," the joint statement said.

"Terrorism and extremism are common enemies to the human beings, and pose severe threats to all human rights. We note with concern that terrorism, separatism and extremism have caused enormous damage to people of all ethnic groups in Xinjiang, China, and seriously infringed upon their human rights," it added.

The countries noted with appreciation that China has undertaken a series of measures in response to threats in accordance with the law to safeguard the human rights of all ethnic groups in Xinjiang, saying "There was no single terrorist attack in Xinjiang in the last three years. Safety and stability have been restored in Xinjiang."

Agreeing that "human rights of people of all ethnic groups in Xinjiang have been effectively safeguarded," the countries "appreciate China's openness and transparency which is evident from, among other things, inviting more than 1,000 diplomats, officials of international organizations, journalists and religious personages to visit Xinjiang, who witnessed Xinjiang's remarkable achievements."

The statement took note that the Chinese government has extended an invitation to the High Commissioner for Human Rights to visit Xinjiang, and that the two sides are keeping contact on the matter.