At least 46 people have died and several are missing after floods triggered by heavy rains hit the northern Indian state of Uttarakhand, officials said Wednesday. 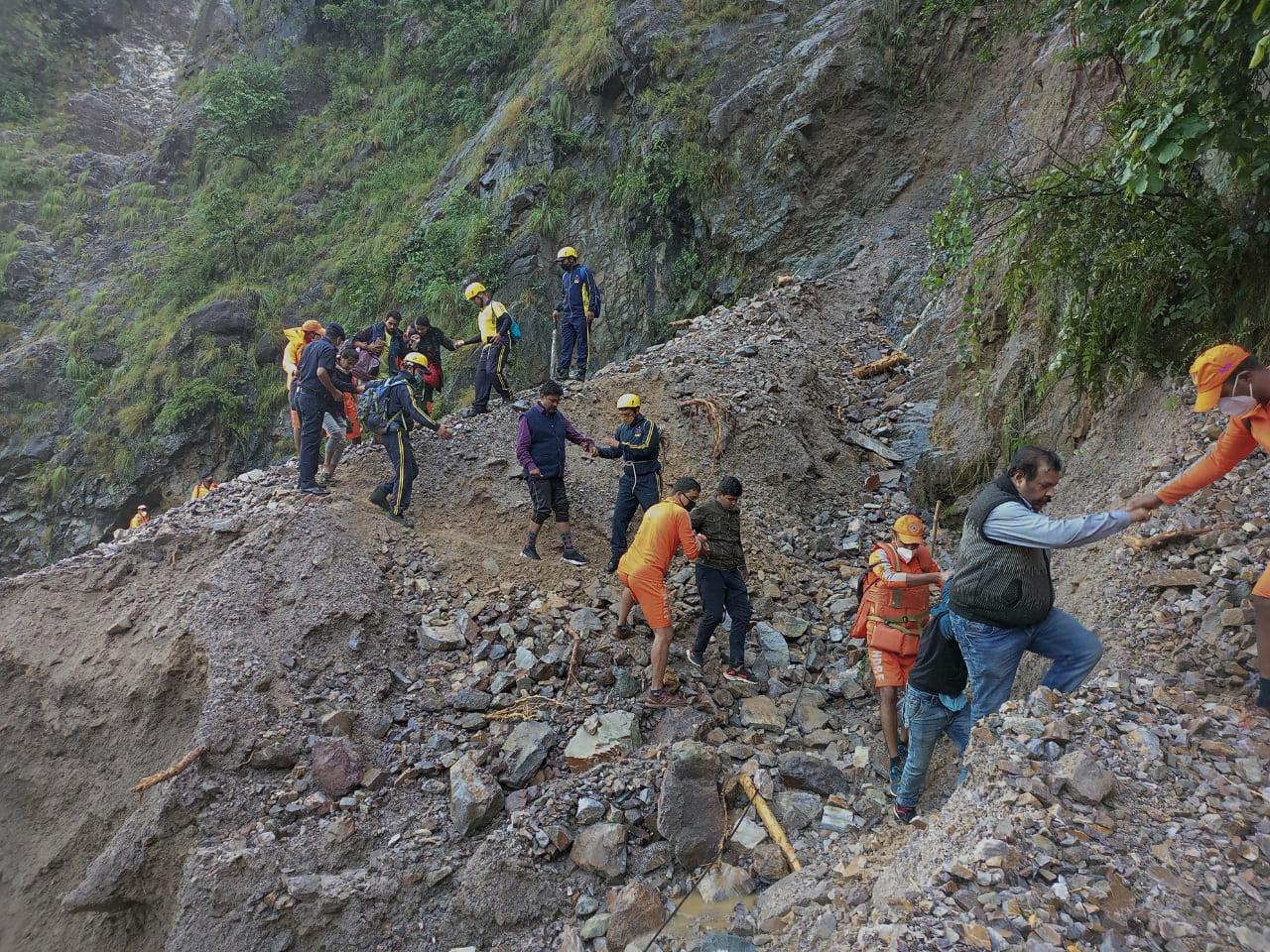 Rescuers worked through the night to retrieve bodies stuck in debris and to evacuate those in vulnerable areas, said S A Murugeshan, secretary of the state’s disaster management. On Tuesday, officials said 22 people were killed by the rains.

The mountainous state has seen incessant rains for the past three days, flooding roads, destroying bridges and causing landslides in which several homes were washed away. The situation has prompted help from more than 2,000 members of the paramilitary and civil police.

The Indian Meteorological Department said the rains were likely to recede in Uttarakhand on Wednesday, but warned of more heavy downpours in the country’s northeastern and southern regions.

The majority of the deaths in Uttarakhand were reported in the picturesque town of Nainital, where 28 people were killed on Tuesday, said Murugeshan. Most of the deaths were caused by homes and buildings collapsing in the torrential rains, he added.

In Mukteshwar, a popular hill station in the state, five laborers died when a wall collapsed on their shanty. In another hilly town, Ramgarh, nine members of a family died as the rains washed away their home, the official said.

Videos shared on social media showed the Ganges River bursting its banks at Rishikesh, and the scenic Nainital Lake overflowing with floodwaters.

Experts say the magnitude of the rains has been staggering. Uttarakhand saw 17.8 centimeters (7 inches) of rain in the first few weeks this month, but recorded nearly 58 centimeters (22.8 inches) within just 22 hours on Tuesday, said Bikram Singh, the director of the Meteorological Center in Dehradun, the state’s capital city.

He said climate change has not only increased the frequency of the rains, but also their intensity.

India has seen worrisome rains across several regions this week. Flooding and landslides caused by downpours over the week have killed at least 39 people in the southern Kerala state, which is on high alert for more rains in the coming days.

Landslides and floods are common in India’s Himalayan north. Scientists say they are becoming more frequent as global warming contributes to the melting of glaciers there.

In February, flash floods killed nearly 200 people and washed away houses in Uttarakhand. In 2013, thousands of people were killed in floods there.