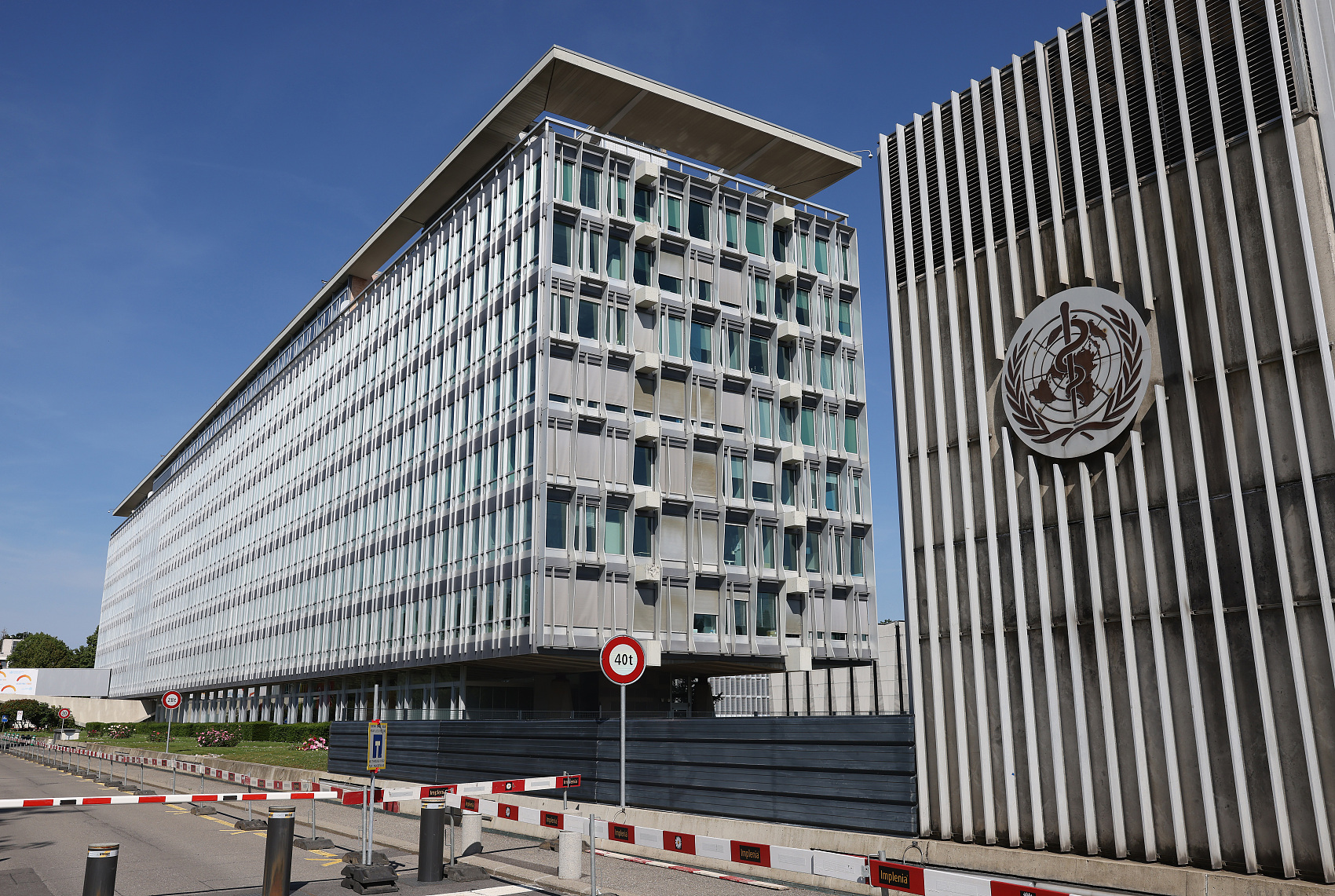 The headquarters of the World Health Organization (WHO) stands on June 15, 2021 in Geneva, Switzerland. (File photo: CFP)

48 countries have sent a joint letter to the World Health Organization (WHO) opposing the politicization of the probe on the origins of the virus, urging the organization to act according to the resolution made by the WHO Assembly and push forward the global probe on the traceability of the virus, the Chinese Foreign Ministry spokesperson said on Thursday, stressing it shows that objective and fair justice still accounts for the majority.

The 48 countries who signed a joint letter to the director general of the WHO Tedros Adhanom, emphasized that virus is the common enemy humanity currently faces and it can only be conquered by the joint effort of the global community.

It pointed out that the WHO-China joint report on the virus origins should serve as foundation and guideline for global virus tracing. The letter pointed out that the probe on the origins of the virus is a scientific work and requires scientists to work in global scope, according to China's Foreign Ministry spokesperson.

The letter also stressed that this work should not be politicized and urged the WHO Secretariat to act according to the resolution of the WHO conference, cooperate with relevant member countries, and move forward with the virus origin probe.

In the joint letter, the vast number of developing countries gave an overwhelming voice to justice. This is in sharp contrast to the US coercion of a small number of countries to engage in political manipulation, oppose science and distort facts. It fully reflects justice in the international community and fully demonstrates that the majority of countries uphold fairness, objectivity and justice, said the spokesperson.

"We urge relevant parties to stop playing political games on the virus origins, to stop using the issue to pass the buck, to stop sabotaging international cooperation on virus origin research. It should adopt a truly responsible scientific attitude and work with the international community to contribute to the fight against the epidemic and the maintenance of human health and wellbeing."

Since the beginning of the COVID-19 pandemic, China has demonstrated a scientific, professional, serious and responsible attitude on the issue of traceability of the origins of the virus. China was the first to engage in cooperation with the WHO on the global virus origins tracing.

Since last year, China has invited WHO experts twice to conduct traceability research in China. At the beginning of this year, international experts from 10 countries, including the US, the UK, Japan, and Australia formed a joint expert group with Chinese experts to conduct a 28-day joint research in China. During their visit, they analyzed data, conducted field visits and communicated with peers.

They built up scientific consensus. With the joint efforts of China and the WHO, the research has achieved positive results and reached many important conclusions.

The WHO officially released a China-WHO joint research report on March 30. It follows the procedures of WHO, adopts scientific methods, embodies authority and science, and has been universally recognized and respected by the international community, laying a good foundation for global traceability work.

China's open and transparent attitude on the issue of virus traceability has also been fully affirmed by international experts.

However, for some time, a few countries led by the US have been stigmatizing, labeling and politicizing the origins of the epidemic. They blatantly disregard the cooperative achievements of scientists and abandon science and truth for their own interests. They openly advocated that intelligence agencies conduct investigations, ignoring the truth and slandering China for "lack of transparency and cooperation" by all means.

These actions have seriously disrupted and undermined international cooperation in traceability research, created great difficulties and obstacles for countries to fight the epidemic and save lives, and aroused widespread dissatisfaction and opposition in the international community.