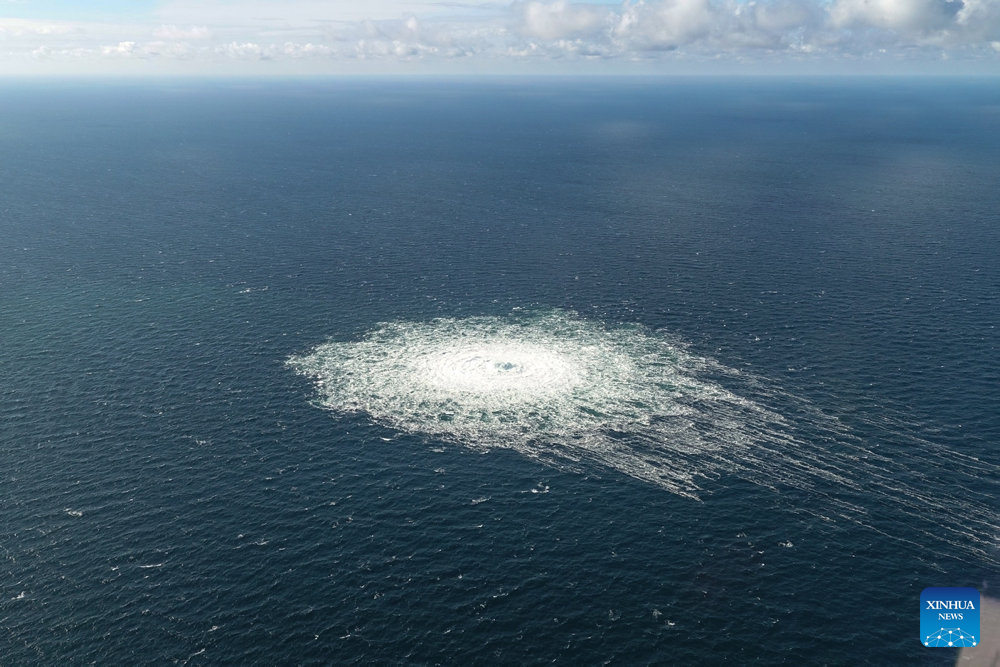 STOCKHOLM, Sept. 29 (Xinhua) -- A fourth leak on the Nord Stream pipelines has been reported after seismic activity corresponding to blasts on the Baltic Sea seabed was detected earlier in the week.

The leak was discovered on the Nord Stream 2 pipeline in Sweden's exclusive economic zone near a previously reported hole on Nord Stream 1.

The Swedish Coast Guard said that the leak on Nord Stream 2 was discovered earlier in the week, but the first media reports about this only emerged on Wednesday evening.

"They (the leaks) have probably occurred at the same time," Jenny Larsson, a duty officer of the Swedish Coast Guard told Dagens Nyheter newspaper on Thursday.

The pipelines were constructed to transport natural gas from Russia to Germany, though neither was in use when the leaks were discovered.

Measuring stations in Sweden registered strong underwater explosions in the same sea area as the gas leaks that occurred in the Nord Stream 1 and 2 pipelines on Monday, Swedish television (SVT) reported on Tuesday.

One of the presumed explosions was detected in the early hours of Monday and the second one on Monday evening.

The Swedish government said that the leaks were being investigated as probable sabotage.

"We take this situation very seriously and the detonations must be seen in the light of the security policy situation," Prime Minister Magdalena Andersson said on Wednesday.

At the same press conference on Wednesday, Minister for Foreign Affairs Ann Linde also said that it was still too early to say whether another state was behind the presumed blasts.

"It is important that there is a fact-based discussion to bring clarity to what happened," said Linde.