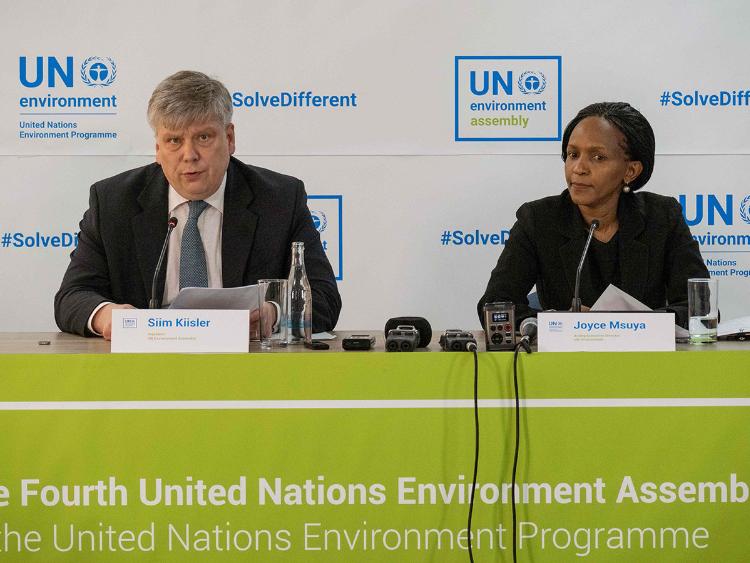 “It’s clear that we need to transform the way our economies work, and the way we value the things that we consume,” said Joyce Msuya, UN Environment’s Acting Executive Director.

The theme for the 4th UN Environment Assembly is Innovative Solutions for Environmental Challenges and Sustainable Consumption and Production.

So far, it is the biggest gathering in the Assembly’s short history, with attendance almost double from the last event in December 2017. Prominent world leaders, including the Presidents of France and Kenya, Emmanuel Macron and Uhuru Kenyatta, and CEOs from major corporations will also participate.

At the top of the agenda, the main issue to be discussed include sustainable consumption and production patterns, protecting marine environments from plastic pollution, food waste reduction, and advance technological innovation aimed at climate change.

The decisions made during the summit will impact the Paris Agreement and the 2030 Agenda for Sustainable Development.

“As never before, the time to act is now,” said President of the UN Environment Assembly and Minister of Environment of Estonia, Siim Kiisler.

Lost ecosystem services between 1995 and 2011 run from $4 trillion to $20 trillion and shows how agricultural practices have placed pressure on the environment with costs estimated at $3 trillion annually, while pollution-related totals have reached $4.6 trillion annually.

The Assembly will also see new research launched by UN Environment, including the latest edition of the world’s only comprehensive global scan of the environment: Global Environment Outlook 6, which was produced by 252 scientists and experts from over 70 countries. The International Resource Panel’s Global Resources Outlook, meanwhile, takes stock of material extraction, including the future outlook and recommendations on how to use natural resources more sustainably.

“The goal is to break the link between growth and increased resource use and end our throwaway culture,” said Msuya.