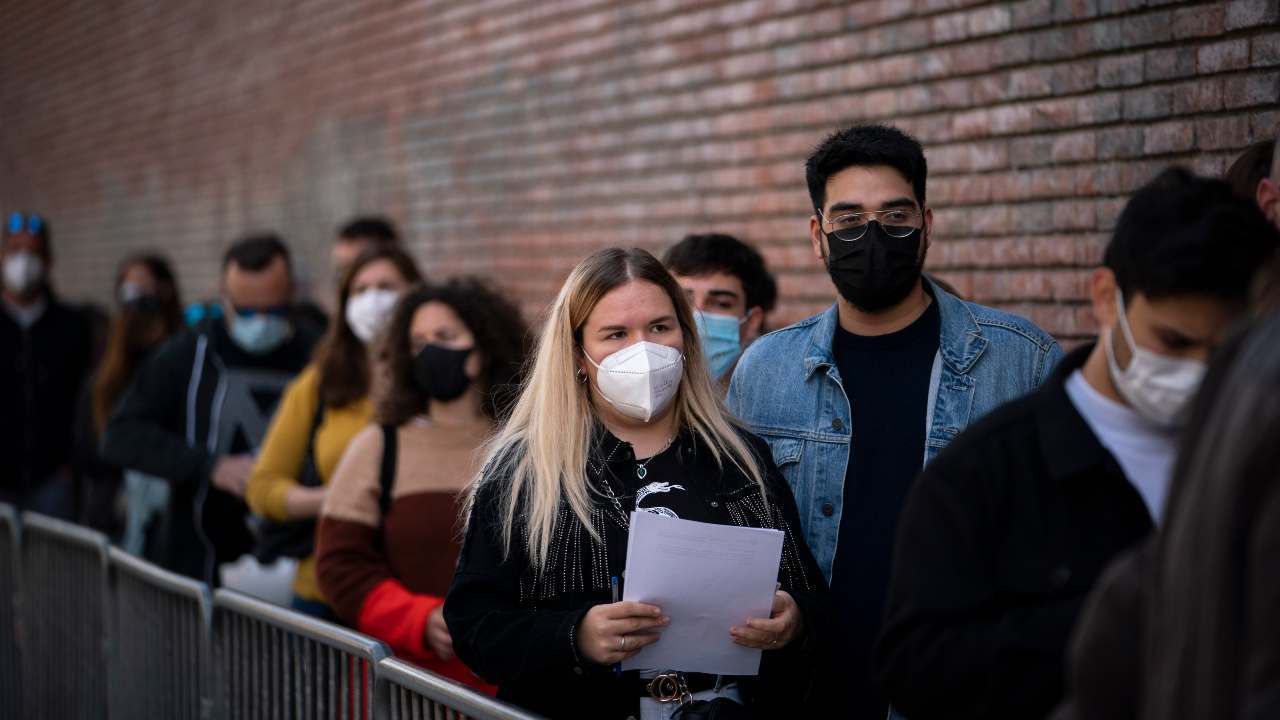 People lining up to take a same-day COVID-19 test before attending the musical concert. (Photos: AP)

An estimated 5,000 people are participating in a mass COVID-19 study by attending a concert in Barcelona, Spain on Saturday.

All of the music lovers are required to take a same-day coronavirus test before entering the venue to determine how effective mass screenings and masks are in stopping the spread of the virus during large gatherings.

Catalan band Love of Lesbian were given special permission by the Spanish health authorities to perform for this event, backed by Barcelona's Fight AIDS and Infectious Diseases Foundation, which organized a similar study in December.

In that study, 500 people attended a much smaller concert to determine the effectiveness of same-day tests. But once the attendees entered that venue, they were allowed to mingle without social distancing to mimic the atmosphere of an actual concert.

The results for that study were encouraging, showing that both masks and tests were effective in preventing the spread of COVID-19.

This new test, 10 times larger than the December study, and "is another small step toward being able to hold concerts and cultural events" during the pandemic, said Boris Revollo, a virologist involved in the study.

Attendees have to take a test at one of three venues around Barcelona to attend the event. Those receiving a negative test were given a code that would allow them to attend the show at 7 p.m. local time on Saturday evening. 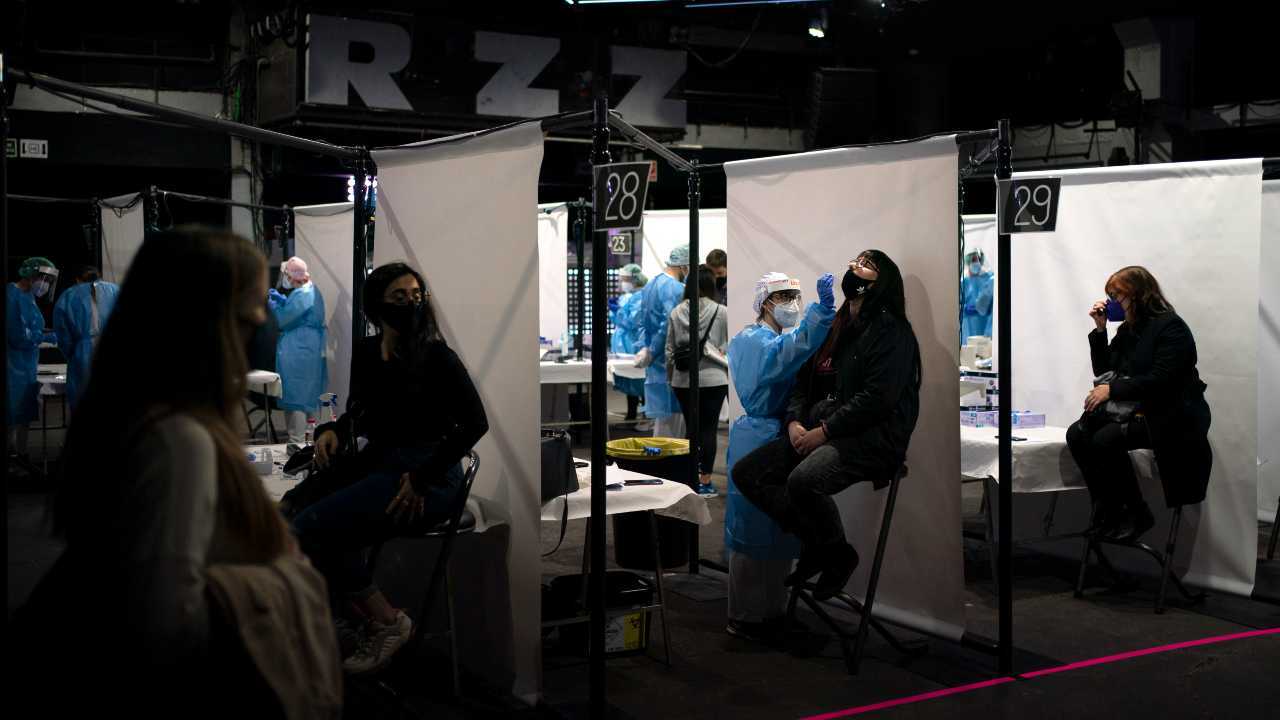 People getting tested for COVID-19 before attending the performance in Barcelona.

Those with pre-existing health conditions, such as cancer and heart disease, were asked not to attend the event – as were people exposed to COVID-19 in the weeks before the concert.

The show is sold out, and it is the first concert of its size held in Europe during the pandemic, according to the organizers. In other parts of Spain, gatherings are limited to four people or fewer in enclosed spaces.

Attendees have also agreed to allow the public health authorities to inform the organizers if they test positive for COVID-19 after the performance.

The team will then compare those results to the results of the general public to determine if there is a spike of positive tests because of the concert, or if this method can safely deter the spread of the virus.