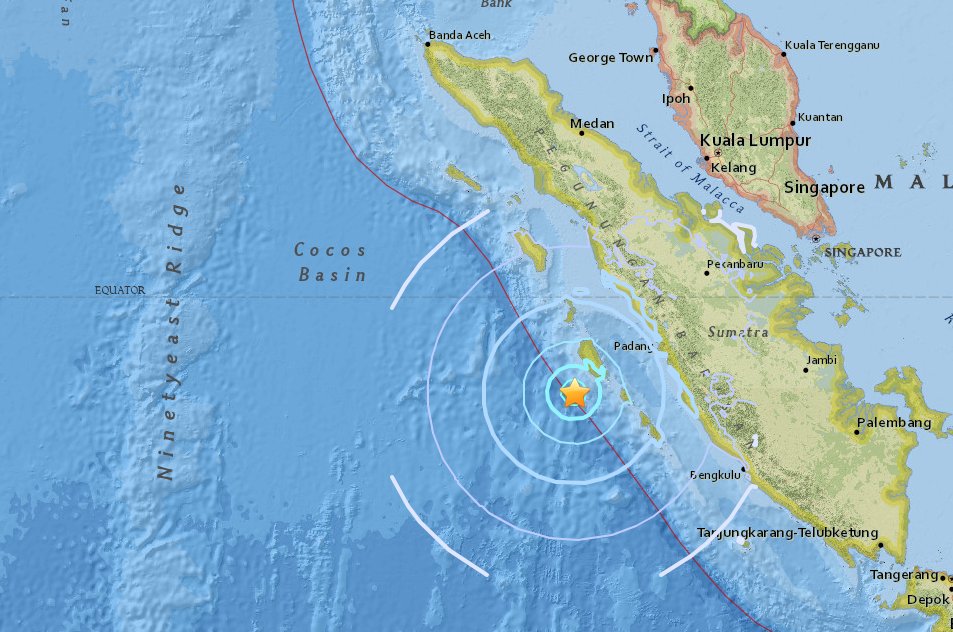 The quake struck at 6:08 a.m. Jakarta time Wednesday (2208 GMT Tuesday) with epicenter at 105 km southwest Mentawai Islands of the province and depth at 41 km under sea bed, official of the agency Jajat Djatmika said.

"We do not issue a tsunami warning, notwithstanding, we are waiting for the reports from folk about the possible risks of this quake. So far, there is no any report we get about the jolt of the quake," he told Xinhua by phone.

A shallower aftershock of 5.5 jolted the territory with the depth at 10 km under sea bed and epicenter at 102 km southwest of the islands 58 minutes after the quake, the official noted.

Indonesia is prone to quake as it is situated on a vulnerable quake-jolted zone, or so-called "the Pacific Ring of Fire."