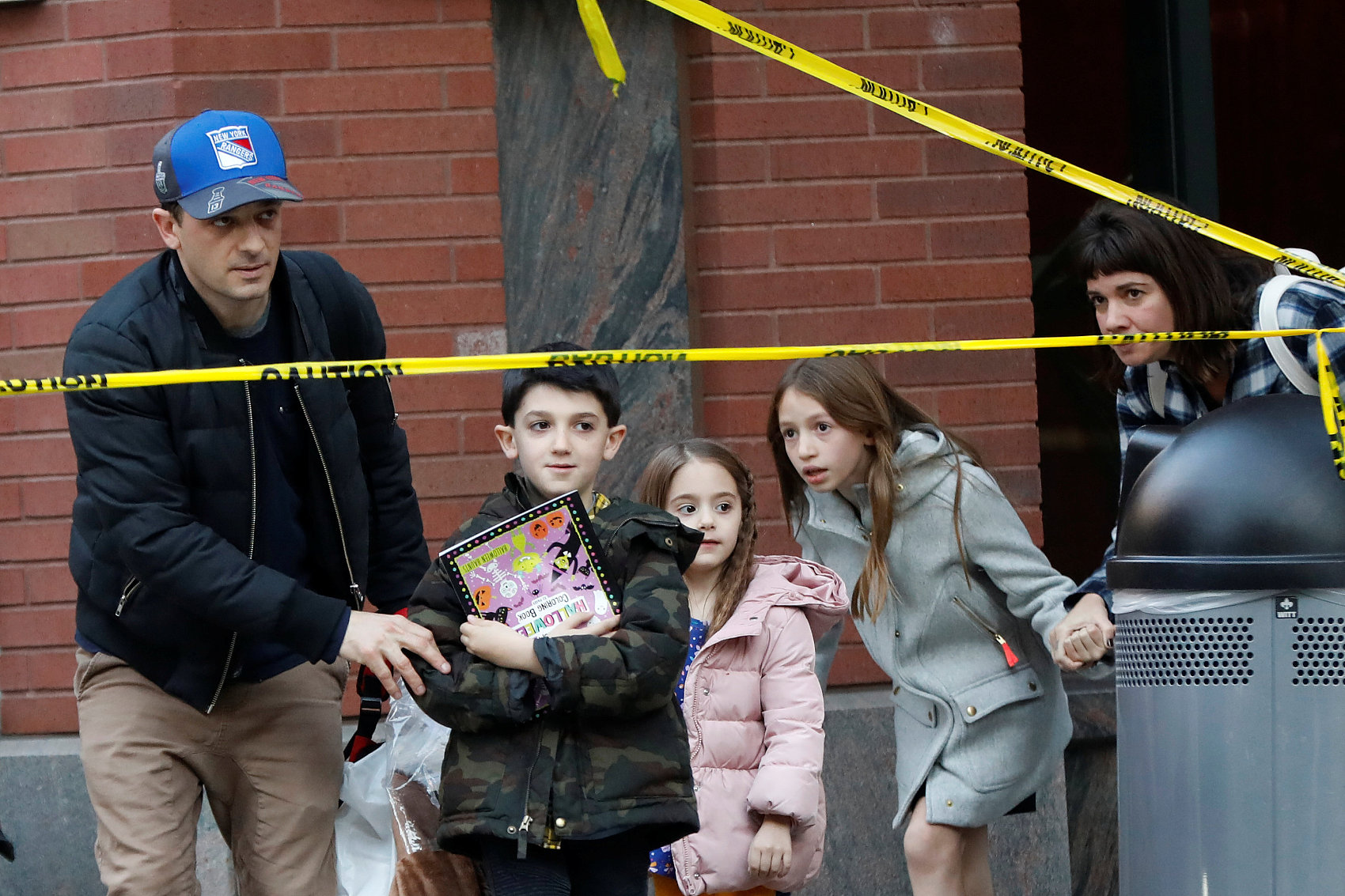 Parents pick up their children from P.S./I.S.-89 school, after a man driving a rented pickup truck mowed down pedestrians and cyclists on a bike path alongside the Hudson River in New York City on Tuesday, in New York, U.S. October 31, 2017. (Photo:VCG)

Argentina's Foreign Ministry says five of the nation's citizens were among the eight people killed in the truck attack on a New York City bike path.

And the deputy prime minister and foreign affairs minister of Belgium says in a tweet one of the dead was Belgian.

Belgians and Argentines also are among the 11 wounded in Tuesday's attack.

Argentina's Foreign Ministry says the Argentine victims were in a group of friends who traveled to New York from Rosario. It says they were celebrating the 30th anniversary of graduating from Polytechnic College of Rosario.

The ministry says it stands "with the families in this terrible moment of deep pain, which is shared by all Argentines."

Police say they shot and wounded the attacker and took him into custody.