WORLD 5 dead after shooting in US state of North Carolina

5 dead after shooting in US state of North Carolina 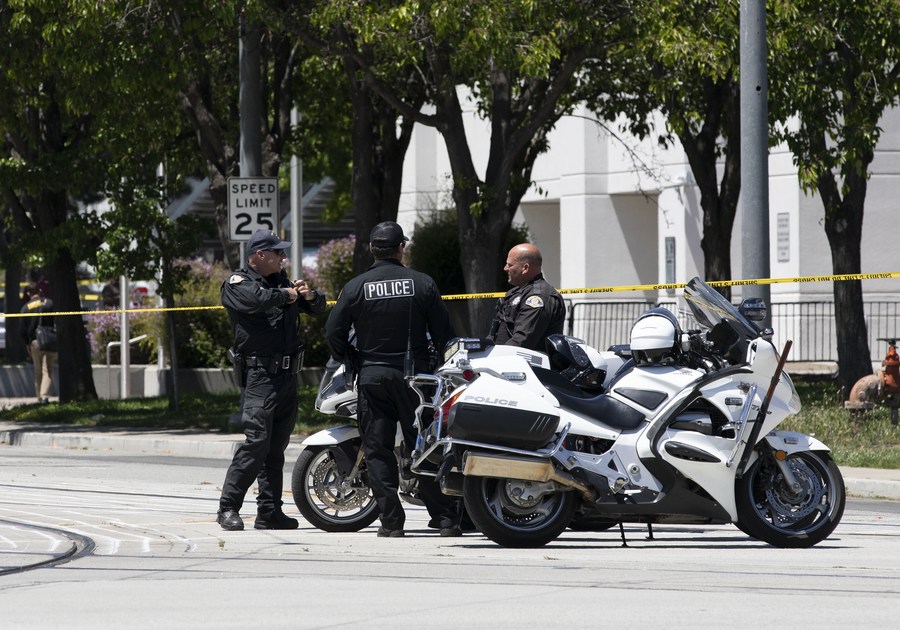 Police officers stand guard near the scene of a shooting in San Jose, California, the United States, May 26, 2021. (File photo: Xinhua)

WASHINGTON, Oct. 13 (Xinhua) -- At least five people died after a shooting in Raleigh, the U.S. state of North Carolina, on Thursday evening.

Raleigh Mayor Mary-Ann Baldwin told reporters that an off-duty police officer was among the victims.

The Raleigh Police Department tweeted around 6 p.m. ET (2200 GMT) that they "are currently on the scene of an active shooting in the area of the Neuse River Greenway near Osprey Cove Drive and Bay Harbor Drive."

The law enforcement added later that "the suspect has been taken into custody."

Gun violence has led to nearly 35,000 deaths across the United States so far this year, according to the latest data from Gun Violence Archive.