WORLD 5 dead, including officer and gunman, in Missouri shooting

5 dead, including officer and gunman, in Missouri shooting 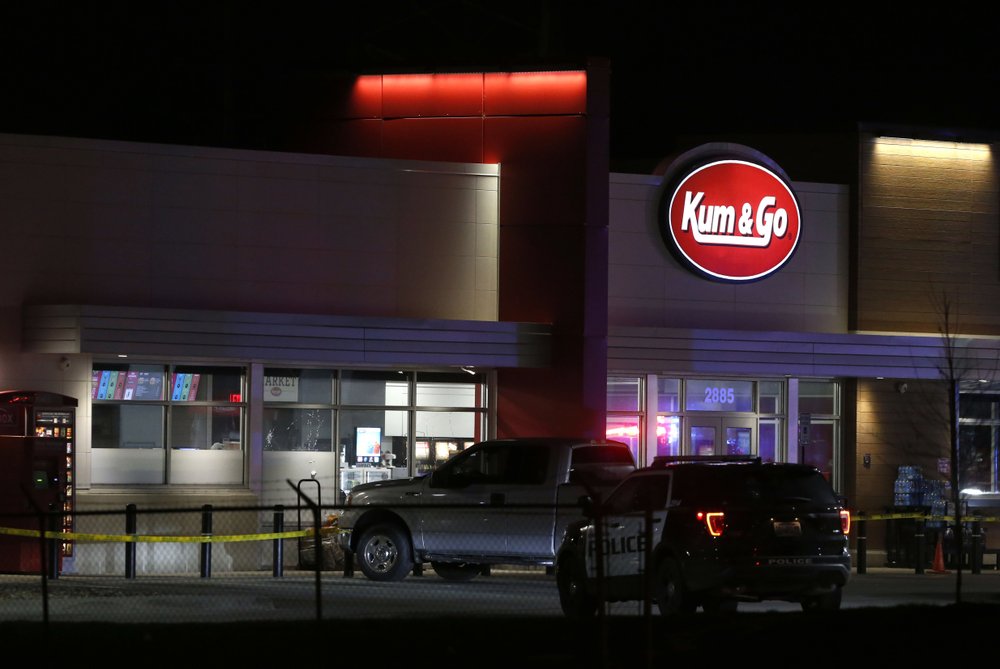 Police respond to the scene of a shooting at a gas station in Springfield, Mo, on Sunday, March 15, 2020. (Photo: AP)

Five people including a police officer and a gunman have died in a shooting at a Missouri gas station after the gunman went inside and opened fire, police said Monday.

The dead also include three citizens, Springfield police Chief Paul Williams announced Monday, and an officer was injured along with another citizen.

Williams said police received reports of “multiple shooting calls throughout the city” late Sunday. As officers were responding, witnesses reported a vehicle crashed into a Kum & Go. gas station and convenience store, and the gunman ran inside and began shooting customers and employees, Williams said. The first two officers who arrived were shot.

Other officers pulled the injured officers from the store and then went inside, finding three citizens dead. The gunman also was found dead, apparently from a self-inflicted gunshot, Williams said.

“Both officers showed significant bravery and were heroic in their actions,” Williams said.

The identifies of the other victims have not been released pending notification of relatives.

Police are still working to determine a motive for the shooting, the chief said.

He said it was too early to comment on the impact the shooting had on his department.

“We’re still investigating multiple crime scenes and dealing with grieving the loss of one of our own,” he said.