Authorities said Friday they feared for the lives of five people who leapt from their fishing boat near Fiji earlier this week after alleged violence on board. 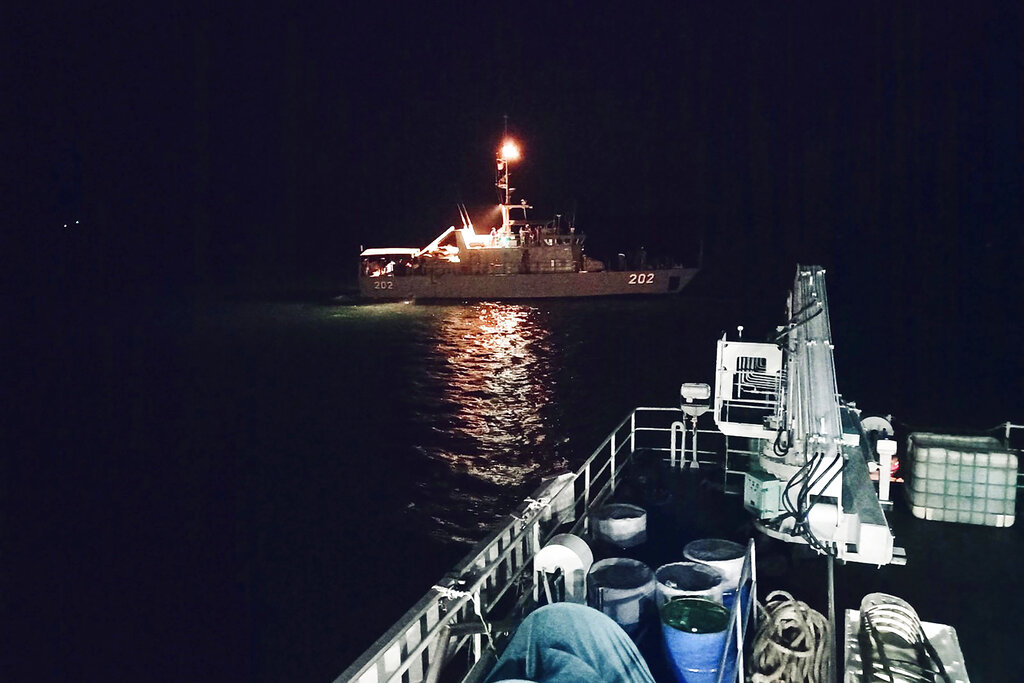 In this photo released by Republic of Fiji Navy, Fijian naval patrol boat RFNS Kikau (202) advances to search for crew members who jumped overboard from a fishing boat in Fiji waters Thursday, May 20, 2021. (Photo: AP)

A sixth crew member who abandoned the vessel was found alive Thursday on an overturned life raft, while two more people who had remained aboard the fishing boat were due to be picked up by a military patrol boat.

The Fiji navy said it was working with police to sort through the series of events that had occurred aboard the Tiro II, a longline tuna boat.

The New Zealand military, which helped with the search, said it had been told the five missing crew had not been wearing life jackets.

Fiji navy Cdr. Timoci Natuva told The Associated Press in emails that they were continuing to look for the missing crew but because they had been in the water since Monday and the weather had deteriorated, "the search will be really challenging."

He said the Tiro II had been at sea since the beginning of the month.

A spokesperson for the New Zealand military said they’d gotten reports of an alleged violent incident on board.

A New Zealand Air Force Orion plane located the fishing vessel about 90 nautical miles west of Fiji, the spokesperson said, and made contact with the two people who remained on board.

“The boat crew reported that on Monday night, six crew members abandoned the vessel; one person was aboard a life raft, with the other five entering the water without lifejackets,” the spokesperson said in an email.

The statement attributed to a unnamed New Zealand Defence Force spokesperson did not elaborate on the alleged violence.

After the Air Force crew spotted the fishing boat, they then searched for the life raft and when they found it, dropped a survival pack containing a beacon, a radio, and food to the survivor, while also notifying Fijian authorities.

The Orion plane stayed near the life raft as long its fuel would allow, the spokesperson said, and the survivor was rescued by a patrol boat.

“The person found on the life raft was healthy and strong. He was attended to by our medics,” Natuva said.

Natuva said the two remaining crew aboard the Tiro II were picked up by another fishing boat, which the navy patrol boat was due to intercept.

“Our focus now is trying to save those that went overboard on Monday,” Natuva said. “The criminal aspects of the case will be handled by the Fiji Police Force.”