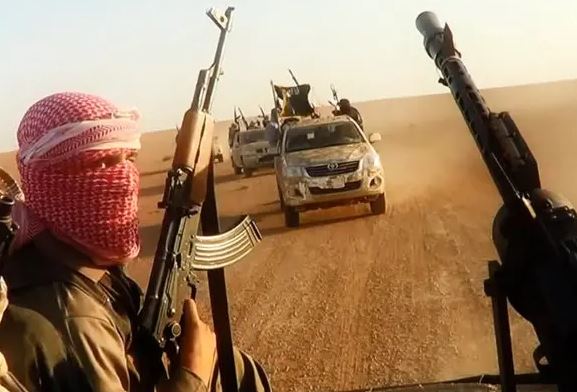 BAGHDAD, Feb. 29 (Xinhua) -- Five Islamic State (IS) militants and a paramilitary Hashd Shaabi member were killed Saturday in a clash in the country's western province of Anbar, the Iraqi military said.

The IS militants opened fire on Hashd Shaabi forces in the desert of al-Garma in northwest of the city of Fallujah, which itself located some 50 km west of the Iraqi capital Baghdad, sparking a clash between the two sides, a media office affiliated with the Joint Operations Command (JOC) said in a statement.

An Iraqi army forces intervened in the clash and opened fire on the extremist IS militants, the statement said.

The clashes resulted in the killing of five IS militants and a Hashd Shaabi member, the statement added.

The IS attack is the second during the day, as the extremist militants opened fire on the government-backed tribal fighters in the nearby Hour al-Basha area in northeast of Baghdad, and killed three tribal fighters before they fled the scene, according to an earlier JOC statement.

The security situation in Iraq has been improved since Iraqi security forces fully defeated the extremist IS militants across the country late in 2017.

However, IS remnants have since melted in urban areas or resorted to deserts and rugged areas, carrying out frequent guerilla attacks against security forces and civilians.