WORLD 5 killed in a shooting in Chicago suburb

5 killed in a shooting in Chicago suburb 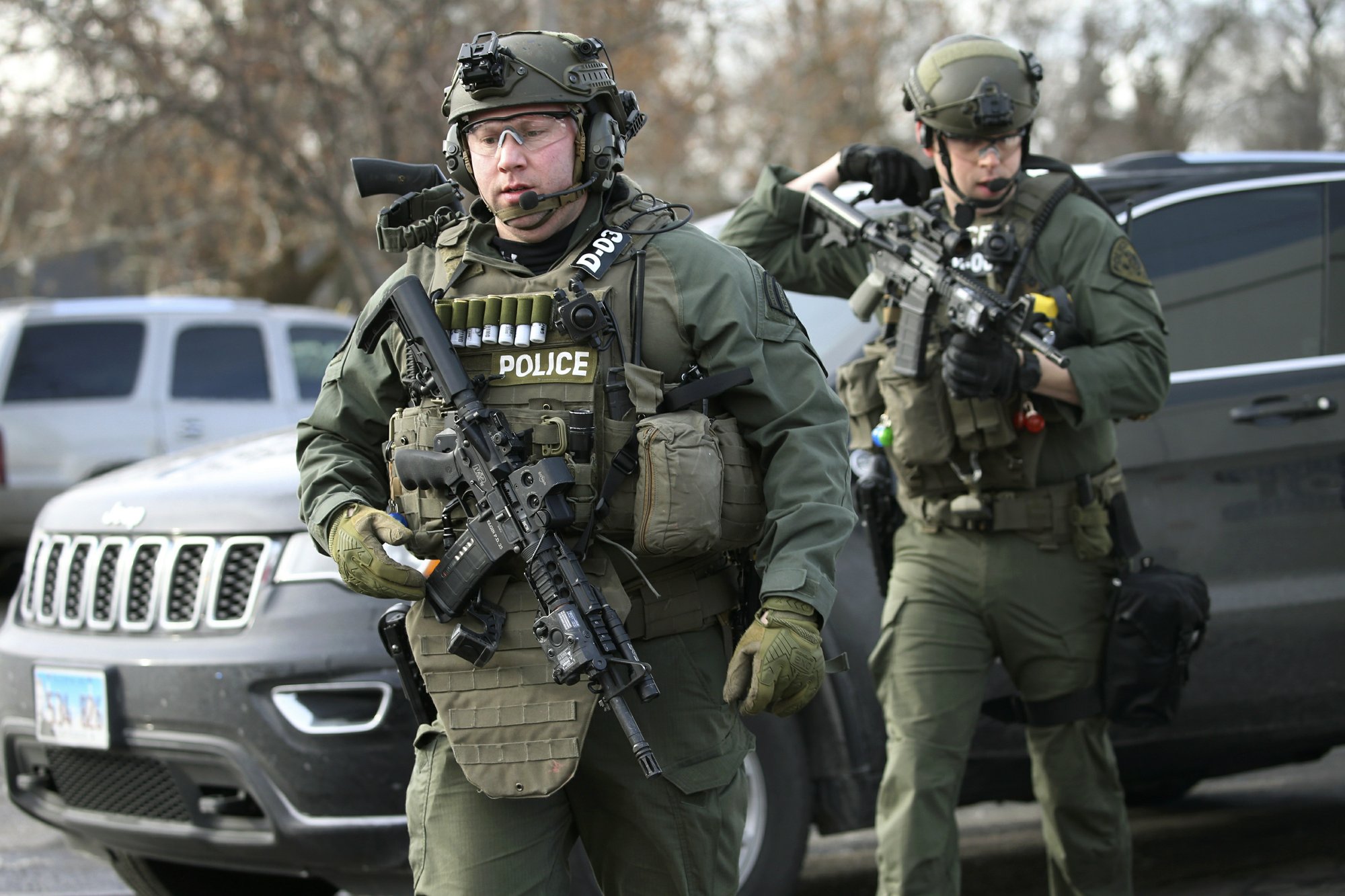 Police officers armed with rifles gather at the scene where an active shooter was reported in Aurora, Ill., Friday, Feb. 15, 2019. (Photo: AP)

Law enforcement officials said at a press conference Friday evening that the suspect, Gary Martin, is also dead. Aurora Police Chief Kristen Ziman said five officers were struck by gunfire and were transported to local hospitals. A sixth officer who was not shot was treated for a knee injury, officials said.

After a tense period of waiting, as officers from departments all over the region gathered near the complex, the Aurora Police Department said the gunman died after police shot at him.

Aurora, a Chicago suburb, is about 40 miles from the city's downtown. Around the scene, warehouses and parking lots were interspersed with modest homes.