WORLD 5 killed in floods in Pakistan in 24 hours

5 killed in floods in Pakistan in 24 hours

ISLAMABAD, Sept. 15 (Xinhua) - At least five people were killed and one was injured in heavy monsoon rain-triggered flash floods in the last 24 hours in Pakistan, the National Disaster Management Authority (NDMA) said. 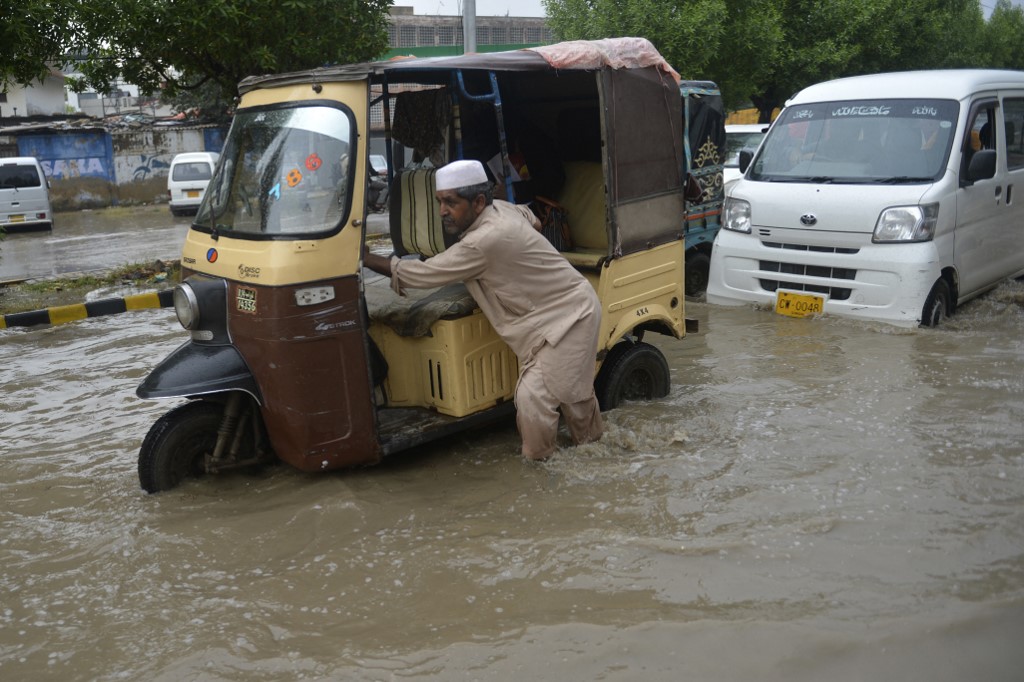 A man pushes his auto-rickshaw through a flooded street after heavy rains in Karachi on September 13, 2022. (Photo: AFP)

Two children and a woman were among those who lost their lives in separate flood-related incidents, according to an NDMA report released Wednesday evening.

The country's southwestern Balochistan province was the worst-hit region with three killed, followed by the northwest Khyber Pakhtunkhwa province which reported two deaths, the report said.

Moreover, 5,091 houses were destroyed, 10,336 livestock animals perished and 300 km-long roads were damaged in different parts of Pakistan, it added.

The total death toll in Pakistan from this season's monsoon rains and floods since mid-June has risen to around 1,486, along with 12,749 injured, the NDMA said.

The NDMA further added that 179,281 people have been rescued and 546,288 others are currently living in camps.

Rescue and relief operations by the NDMA, other government organizations, volunteers and non-governmental organizations were underway in the flood-hit areas.