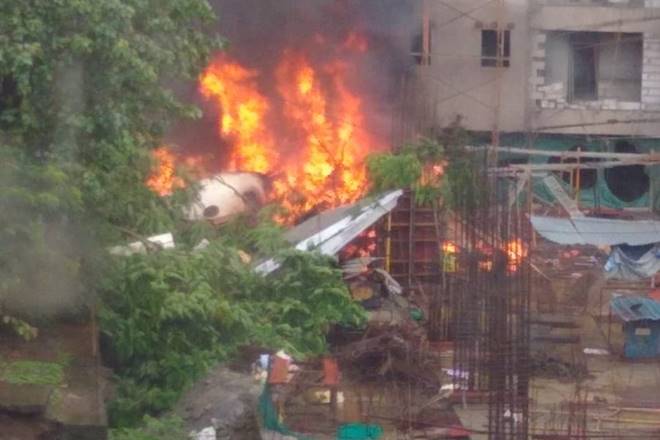 At least five people were killed after a plane chartered by a state government crashed in India's Mumbai on Thursday, police said.

The plane belonging to the government of the northern state of Uttar Pradesh crashed in an open area adjacent to an under-construction building in Mumbai's Ghatkopar area and burst into flames while it was about to land around 1.30 pm local time.

"The pilot, three passengers and a pedestrian died in the crash," the Mumbai Police said in a statement.

Several fire engines have been pressed into service to douse the flames, a senior fire brigade official said. "We have recovered all the charred bodies," he added.

Local TV channels showed footage of the aircraft in flames and reported that the pedestrian was passing through the area when he became a victim of the crash. Senior police officials are overseeing the operations in the area, reports said.

The crash came a day after an Indian Air Force fighter jet crashed in the state. Fortunately, two pilots on board had managed to eject safely.