WORLD 5 killed, over 30 injured in clashes in Lebanese capital

5 killed, over 30 injured in clashes in Lebanese capital 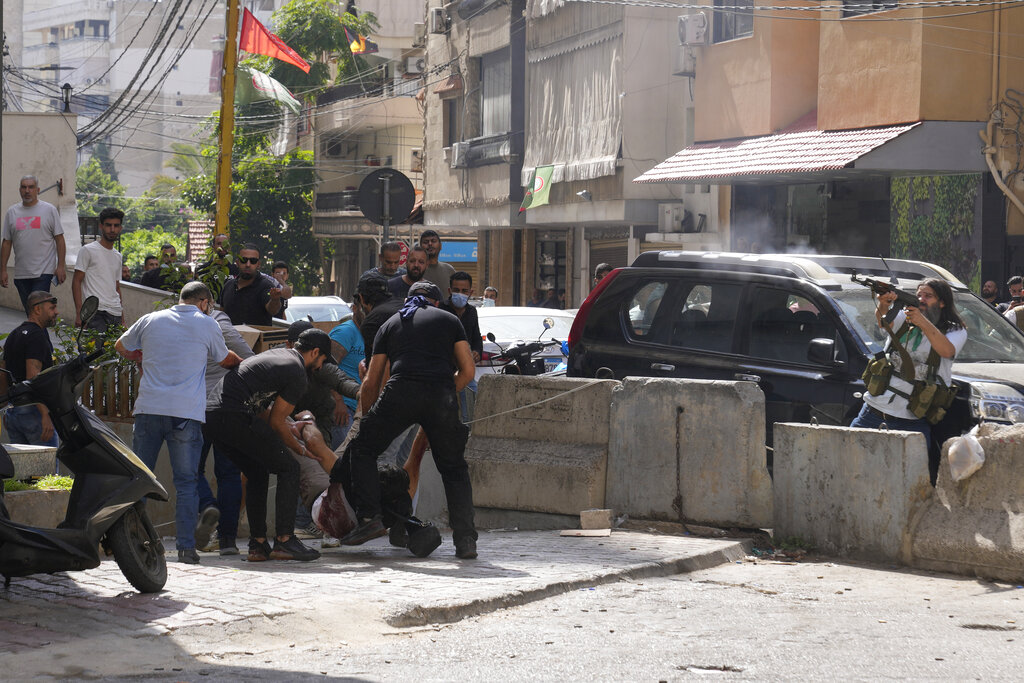 Supporters of a Shiite group allied with Hezbollah help an injured comrade during armed clashes that erupted during a protest in the southern Beirut suburb of Dahiyeh, Lebanon, Thursday, Oct. 14, 2021. (Photo: AP)

BEIRUT, Oct. 14 (Xinhua) -- The Lebanese Red Cross announced on Thursday that five people were killed in armed clashes in capital Beirut and more than 30 others were injured, Elnashra news website reported.

Beirut's southern suburb witnessed earlier in the day armed clashes during a planned protest by supporters of Hezbollah and Amal Movement against Judge Tarek Bitar who is investigating last year's Beirut port explosions.

Hezbollah and Amal Movement started the protests in reaction to an arrest warrant released on Tuesday by Bitar against Lebanese parliament member Ali Hassan Khalil after he failed to attend a questioning session.

The Lebanese army has been deployed in the area and authorities started probes into the events.