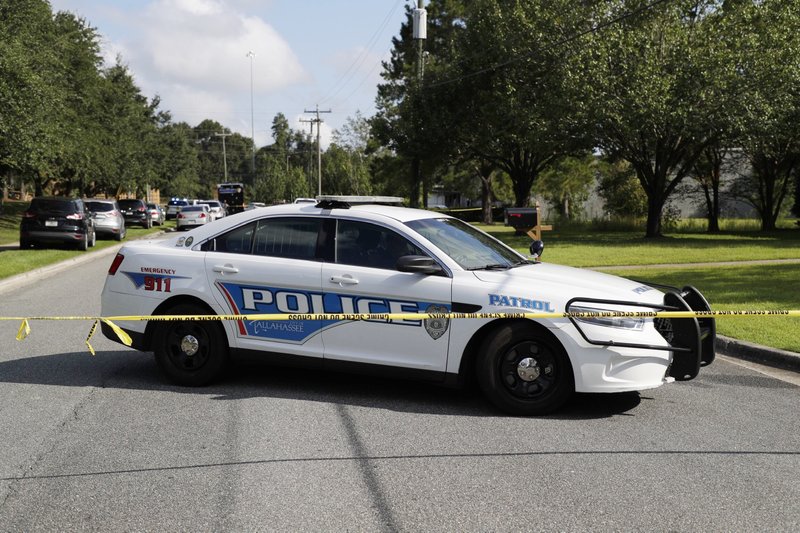 A man ordered to leave a construction-supply business after quarreling with co-workers returned minutes later and stabbed five employees Wednesday in Florida’s capital, seriously wounding one of them, authorities said.

Police in Tallahassee were still trying to determine what set off the suspect and prompted him to pull out a pocketknife and stab co-workers before fleeing the workplace on foot. They identified the suspect as Antwann Brown, 41.

“It appeared that he actually sought out certain victims,” interim Police Chief Steven Outlaw said during a news conference just yards from the business.

One victim was in serious condition at a hospital, two were in fair condition and another two were in good condition, said Tallahassee Memorial Healthcare spokeswoman Danielle Buchanan.

Brown was apprehended without a struggle not far from Dyke Industries, which supplies doors and windows to residential and commercial customers. Police said he had worked there for just over three months.

Outlaw said there was no indication of any pending employment actions against Brown. A company representative didn’t immediately return a request for comment.

Police said Brown clocked in at about 8 a.m. as he normally should. Minutes later, “he was engaged in some kind of dispute at work,” Outlaw said, “and clocked out at 8:20.” Outlaw could not elaborate on what the dispute was about.

When the suspect later returned and began attacking people, other co-workers fended him off with sticks and whatever they could grab, according to Outlaw, calling those “heroic” actions. The co-workers pinned down the suspect, but he escaped.

Court records show Brown has a lengthy arrest record, mostly for drug offenses, dating back from when he was in his teens. He had past arrests for resisting arrest without violence, trespassing, grand theft and domestic battery. The battery charge was dropped in 2014.