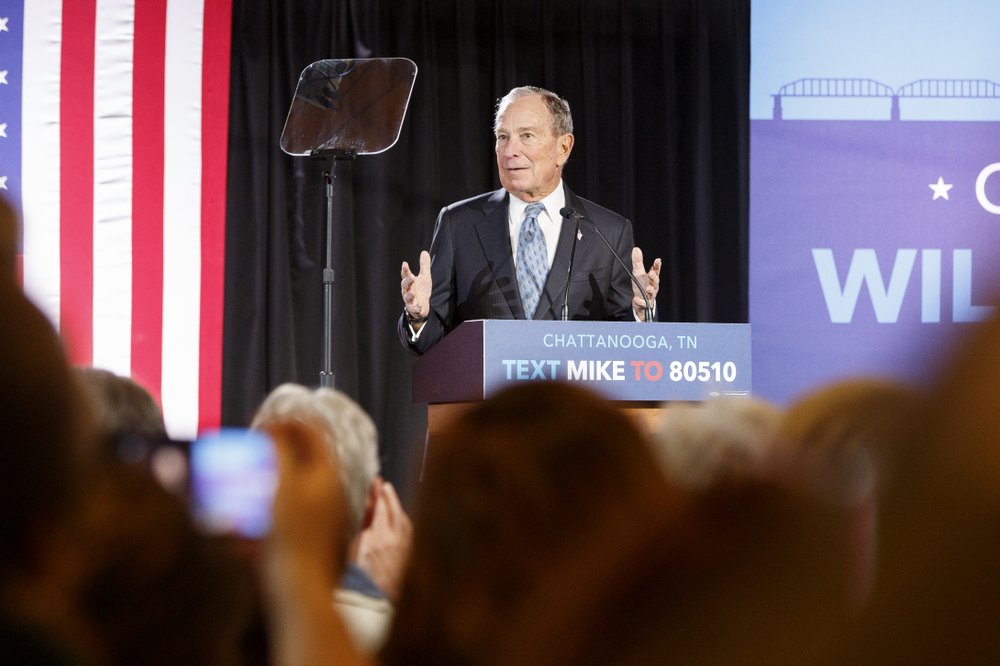 There’s a new kid in town for the ninth Democratic debate, Mike Bloomberg, the self-funding billionaire presidential candidate. Five questions ahead of the faceoff Wednesday night in Las Vegas:

HOW DOES BLOOMBERG STACK UP?

No candidate has the potential to upend the race for the Democratic presidential nomination more than Bloomberg, the former New York mayor and billionaire owner of a financial data and news empire.

He has spent more than $400 million on advertising and has risen in national polling as a result. That has allowed him a place on the debate stage in Las Vegas, after the Democratic National Committee dropped an additional requirement of reaching a certain number of donors. Since Bloomberg accepts no donations, polls were the only way he could qualify.

He has demonstrated the power of essentially an unlimited budget, but he will have to directly engage with five other contenders who have been debating one another for months, holding town halls and answering voters’ questions.

How does Bloomberg deal with the inevitable attacks from rivals, and how can he sell himself in person to voters?

WHO TAKES THE MOST INCOMING?

The Democratic race is entering a critical phase, in which Vermont Sen. Bernie Sanders is breaking out as an early front-runner while more moderate candidates are splintering voters. But Sanders has yet to win even 30% of the vote.

Sanders is likely to be a target at the debate, but Bloomberg is likely to be tested at least as vigorously. At the last debate, it was former South Bend, Indiana, Mayor Pete Buttigieg, fresh off a strong showing in Iowa, who drew the most fire.

Also worth watching is where moderates other than Bloomberg train their fire: on an ascendant Sanders, trying to blunt his rise, or on the rivals in their own lane, hoping to clear a path?

WHO IS THIS DEBATE’S KLOBUCHAR?

The debate before the New Hampshire primary proved to be a lifeline to Minnesota Sen. Amy Klobuchar. Her strong performance helped stoke millions of dollars in overnight donations and, a few days later, a surprise third-place finish, likely at the expense of Buttigieg, who finished a close second to Sanders. She now says she has the resources to be competitive through Super Tuesday, on March 3.

Will there be another breakout star on Wednesday night? With four candidates bunched behind Sanders’ poll numbers and Bloomberg’s billions, there’s plenty of hunger for a big night. Can anyone seize the spotlight?

HOW DOES BIDEN HANDLE IMMIGRATION?

In Nevada, a state with a formidable immigrant population, it’s almost inevitable that the candidates will be asked about the issue. It’s been a particularly tricky one for former Vice President Joe Biden, who’s repeatedly been confronted by activists over the Obama administration’s deportation record.

Late last week Biden called the pace of deportations in President Barack Obama’s first term “a big mistake” during an interview with Univision anchor Jorge Ramos. But will the issue resurface Wednesday night, and will other candidates try to pile on? It would be a risky move as they will be implicitly criticizing Obama, who remains incredibly popular among Democratic voters.

CAN WARREN MAKE A COMEBACK?

Massachusetts Sen. Elizabeth Warren’s campaign is in trouble. Unlike Biden, she has no upcoming states where she’s likely to do well. (The former vice president is expected to win the next state, South Carolina.) Unlike Klobuchar and Buttigieg, she’s not on an upward trajectory — she’s been heading in a different direction. And she lacks the growing national footprint of Sanders and Bloomberg.

In the New Hampshire debate, Warren was oddly subdued. Her campaign has shifted from its policy wonk message of a fighter for the middle class and is now trying to sell Warren as a unifier.

That puts her in a tough spot during a part of the campaign where she needs to break out. Fortunately for her, Bloomberg makes a tempting target — Warren’s political career stems from a revulsion at the role of big money in politics and of excesses on Wall Street. Can she use him as a punching bag to get off the ropes?

Warren, whose allies pushed for Bloomberg to have to answer to voters on the debate stage, may have telegraphed her intentions in a tweet Tuesday: “It’s a shame Mike Bloomberg can buy his way into the debate. But at least now primary voters curious about how each candidate will take on Donald Trump can get a live demonstration of how we each take on an egomaniac billionaire.”