WORLD 5 rockets land near US oil company in southern Iraq

5 rockets land near US oil company in southern Iraq 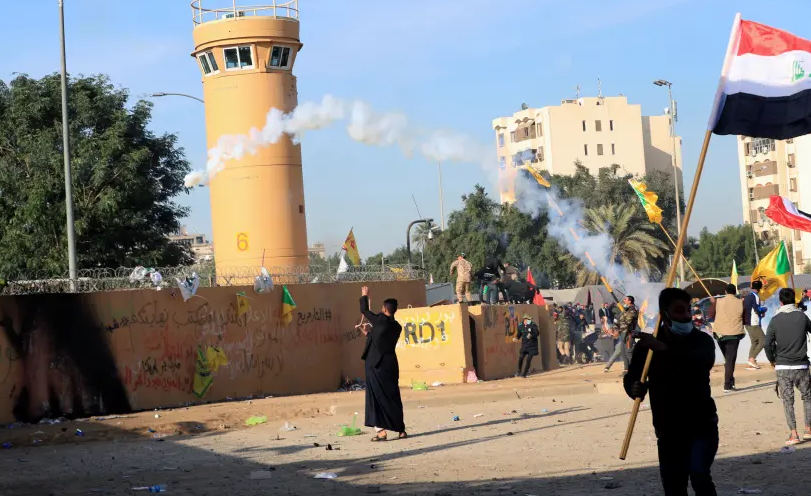 The attack took place in the early morning when the rockets landed near the U.S. Halliburton oil firm in the al-Zubair area in western part of Basra province, the source told Xinhua on condition of anonymity.

The attack caused no human casualty except for slight damages, the source said, while the Iraqi security force conducted a search campaign in nearby areas and found the rocket launcher, the source said.

No group has so far claimed responsibility for the attack, as the military bases housing U.S. troops and other U.S. interests across Iraq have been frequently targeted by insurgent mortar and rocket attacks.

On Jan. 5, the Iraqi parliament passed a resolution requiring the government to end the presence of foreign forces in Iraq, just two days after a U.S. drone strike on a convoy at Baghdad airport, which killed Qassem Soleimani, former commander of the Quds Force of Iran's Revolution Guards Corps.

Over 5,000 U.S. troops have been deployed in Iraq to support Iraqi forces in battles against the Islamic State (IS) group, mainly for training and advisory purposes.