Five soldiers are dead and a frantic search is under way for 17 others after a huge landslide hit central Vietnam on Sunday, as the country battles its worst flooding in years. 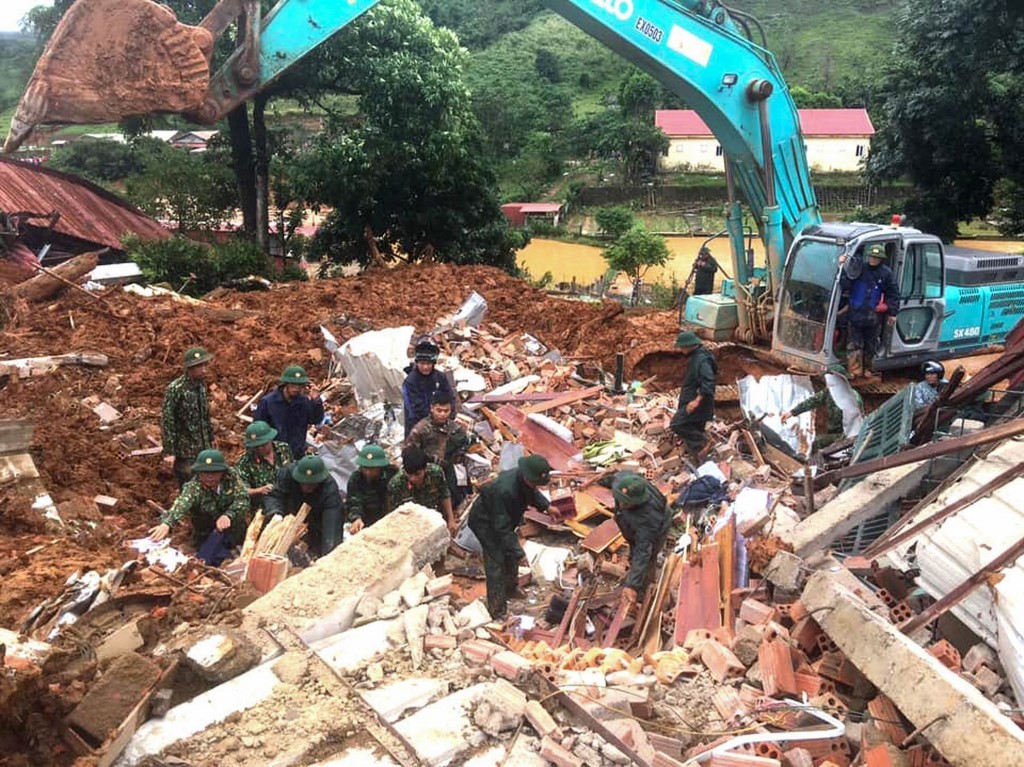 Heavy rain has pounded the region for more than a week and at least 64 people have been killed in floods and landslides, according to Vietnam's disaster management authority, with concerns mounting that waters could rise further.

Rocks rained down on the barracks of a military station in Quang Tri province, with 22 soldiers believed to have been buried underneath thick mud, according to the government's official website.

"From 2am, there have been four to five landslides, exploding like bombs and it feels like the whole mountain is about to collapse,” said local official Ha Ngoc Duong, according to the VnExpress news site.

General Phan Van Giang, the army's chief of general staff, warned there could be further landslides in the area and said rescuers needed to find a safer way to access the site.

Five bodies have been recovered so far, state media added.

It comes just days after 13 members of a rescue team were found dead after a failed attempt to save workers from a hydropower plant engulfed by a landslide.

The bodies of two employees at the plant have been found but 15 are still missing.

Vietnam is prone to natural disasters and regularly suffers more than a dozen storms each year, often bringing flooding and landslides.

More than 130 people were reported dead or missing in natural disasters around the country last year, the General Statistics Office said.