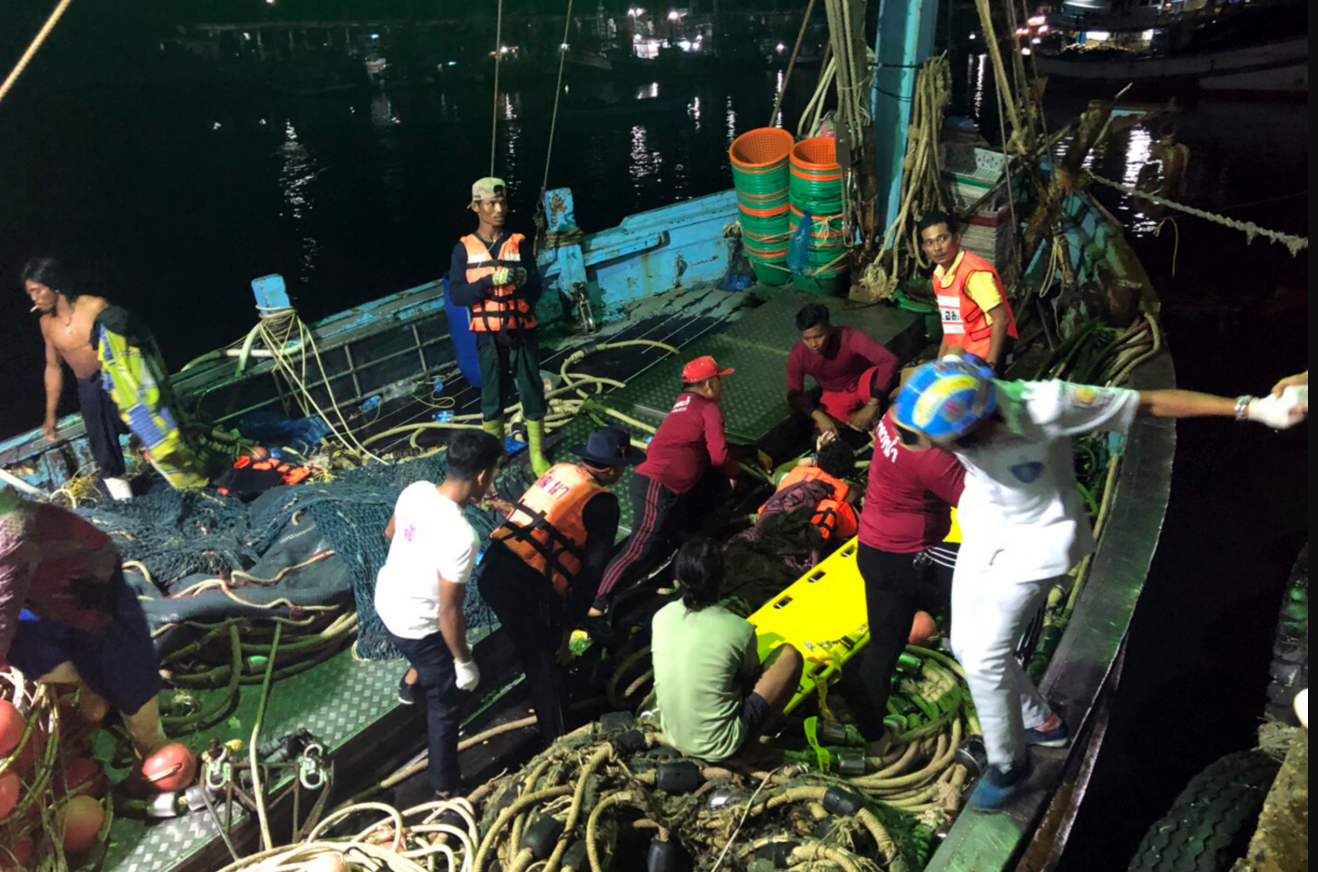 Rescued tourists from a boat that sank are helped onto a pier from a fishing boat, on the island of Phuket, southern Thailand on July 5, 2018. (Photo: AP)

One vessel had 93 passengers and 12 crewmembers on board, and a total of 51 were rescued.

Helicopter search and rescue teams saved all 39 passengers and two crewmembers from the second capsized vessel, safely returning them to land. 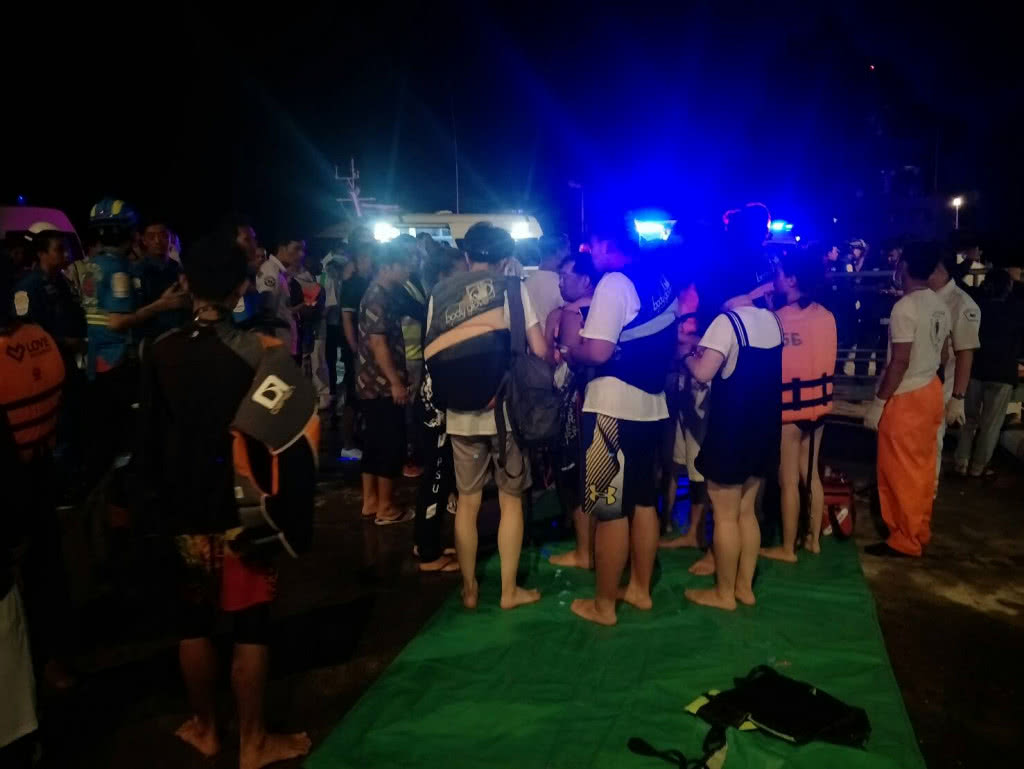 Local media first reported that a dive boat with at least 97 people had overturned at 5:45 pm, Thursday afternoon.

It was also reported that the deceased body of one of the male passengers wearing a life jacket with the logo of the Phoenix boat was discovered Thursday.

The dive boat was returning to Phuket from Koh Racha at around 4pm when a storm hit, according to the captain, Somjing Boontham. 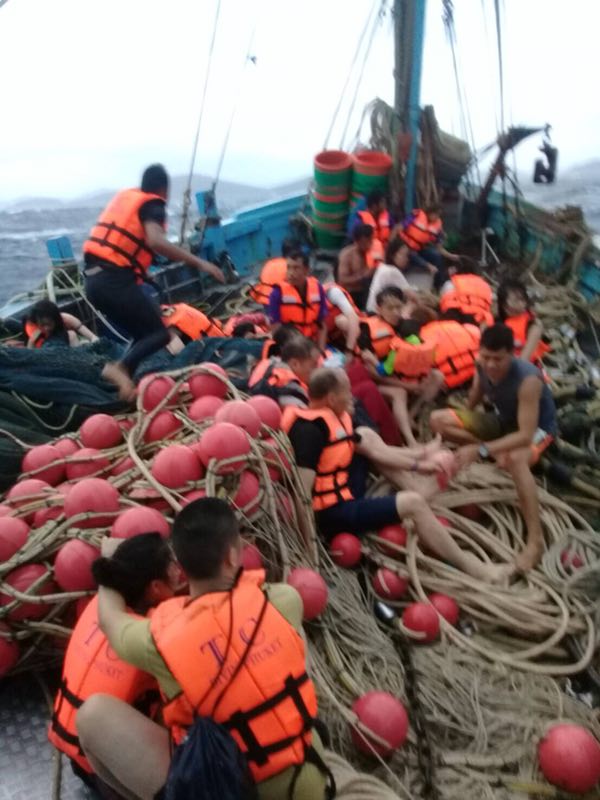 A police official had earlier said 90 people had been rescued and just seven were missing. The reason for the discrepancy was not immediately clear.

A yacht called the Senerita carrying 39 people also capsized in the high seas. Fortunately, all on board were rescued and have safely returned to land.