WORLD 50 feared dead in mine flooding

50 feared dead in mine flooding

About 50 people are feared dead after an artisanal gold mine flooded in the eastern Democratic Republic of the Congo after torrential rain, a provincial governor said Saturday. 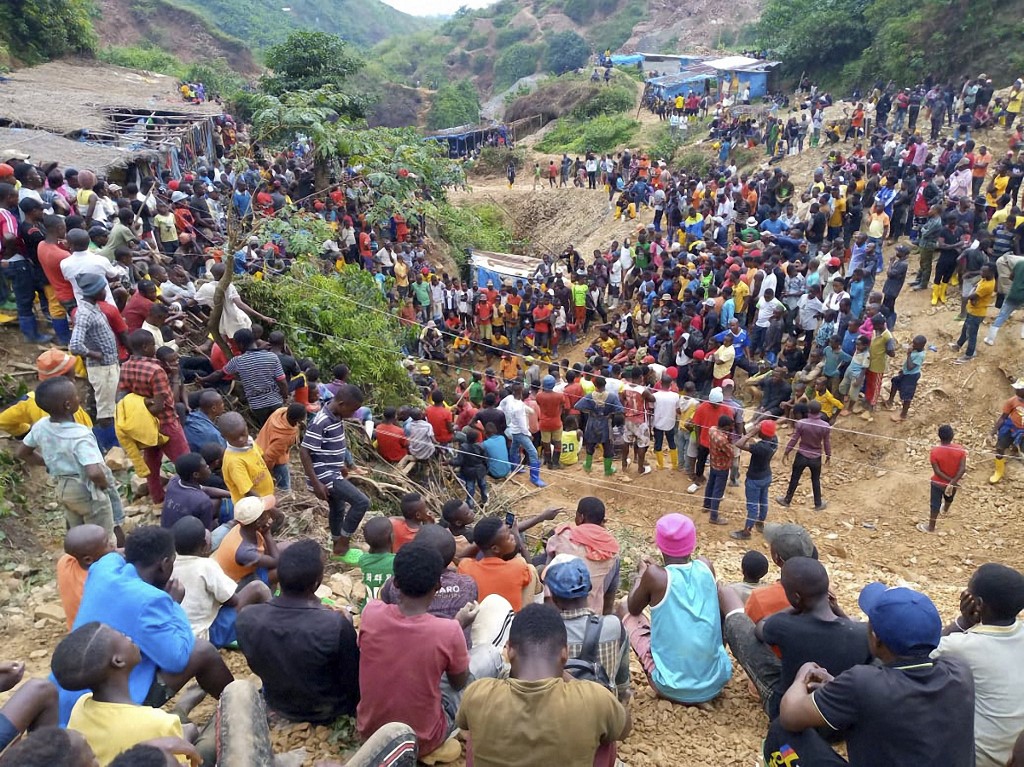 Hundreds of people gather in Kamituga, South Kivu, on September 12, 2020, at the entrance of one of the mines where dozens of Congolese artisanal miners are feared to be killed after heavy rain filled the mine tunnels. (Photo: AFP)

The accident in the makeshift mine occurred on Friday in the town of Kamituga, in South Kivu province, about 270 kilometers southwest of the regional capital Bukavu.

DR Congo's mineral-rich but volatile east faces regular attacks from a plethora of militias and rebel groups which operate freely in the region.

South Kivu Governor Theo Ngwabidje Kasi deplored "the tragic deaths of 50 people, most of them young."

However, Kamituga Mayor Alexandre Bundya said "we are not yet sure of the exact number" of victims.

No bodies had been recovered so far, he said, adding that "19 families have come to look for their relatives."