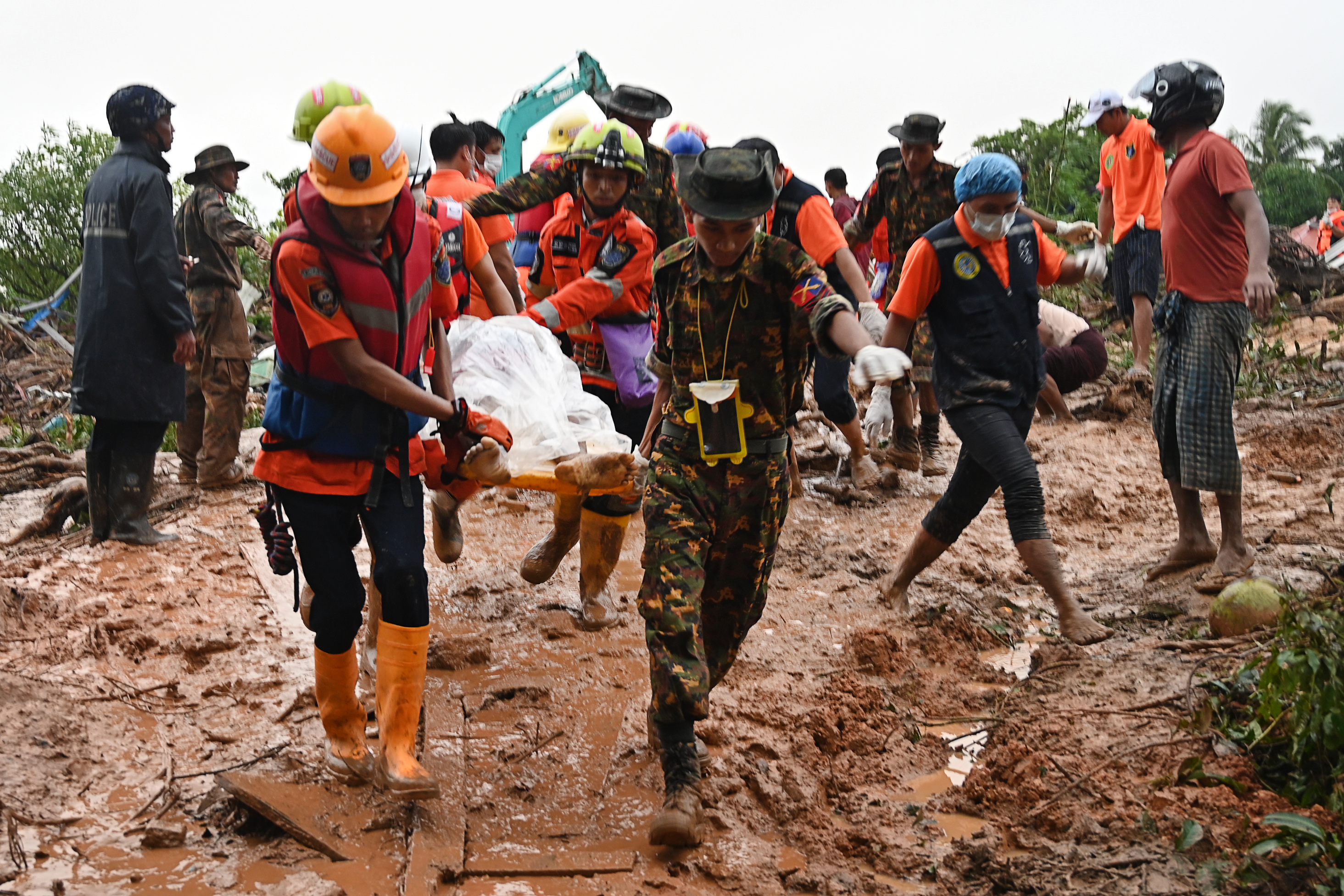 "Search and rescue operations are being carried out by using life detectors such as Thermal Imaging Camera (TIC) and Leader Hasty," a department official told Xinhua.

The mountainside of Ma-lat mountain collapsed due to the monsoon downpour at 7:00 a.m. local time on Friday. Residents, houses and vehicles were swamped away by deluge of mud and rocks from the collapse.

Caused by heavy monsoon rainfall, towns of Paung, Mawlamyine, Mudon, Thanbyuzayat, Kyaikmaraw and Ye were flooded and some schools were temporarily closed in the town of Paung since early Friday.