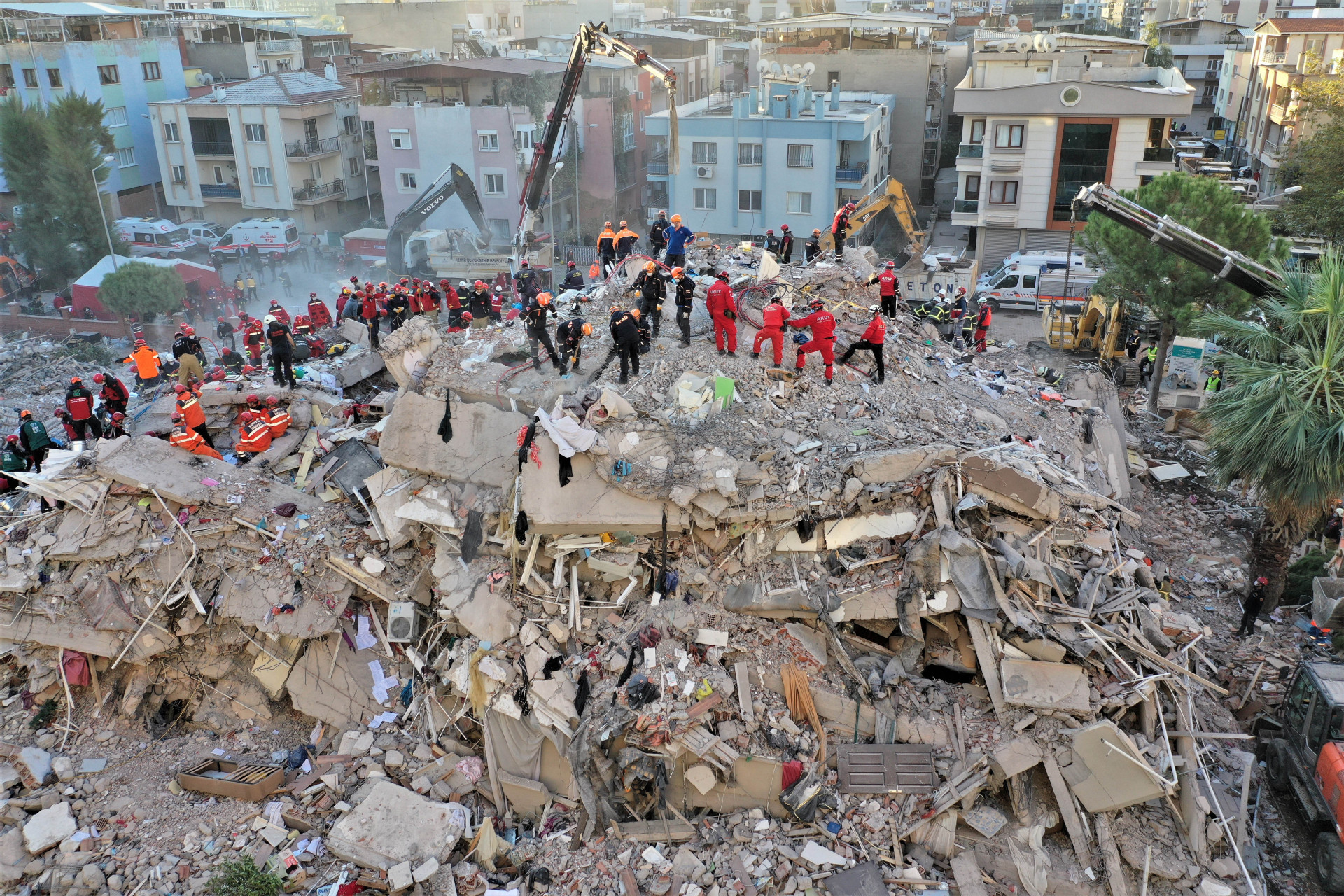 ISTANBUL -- At least 51 people were killed and 896 others wounded in a strong earthquake that hit Turkey's western province of Izmir, Vice-President Fuat Oktay said Sunday.

At the coordination center of the Disaster and Emergency Management Authority in Izmir, Oktay said 682 of the 896 injured people were discharged from hospitals while 214 are still under treatment.

At least 850 aftershocks, 40 of which were stronger than magnitude 4, have been recorded so far, according to the AFAD.

Search and rescue operations are still going on in the debris of collapsed buildings across the province.

A 6.6-magnitude earthquake hit the Aegean Sea off the Seferihisar district on Friday.