DHAKA, Sept. 27 (Xinhua) -- At least 51 people have died after a boat capsized in a northern Bangladesh district on Sunday, a senior police officer said Monday. 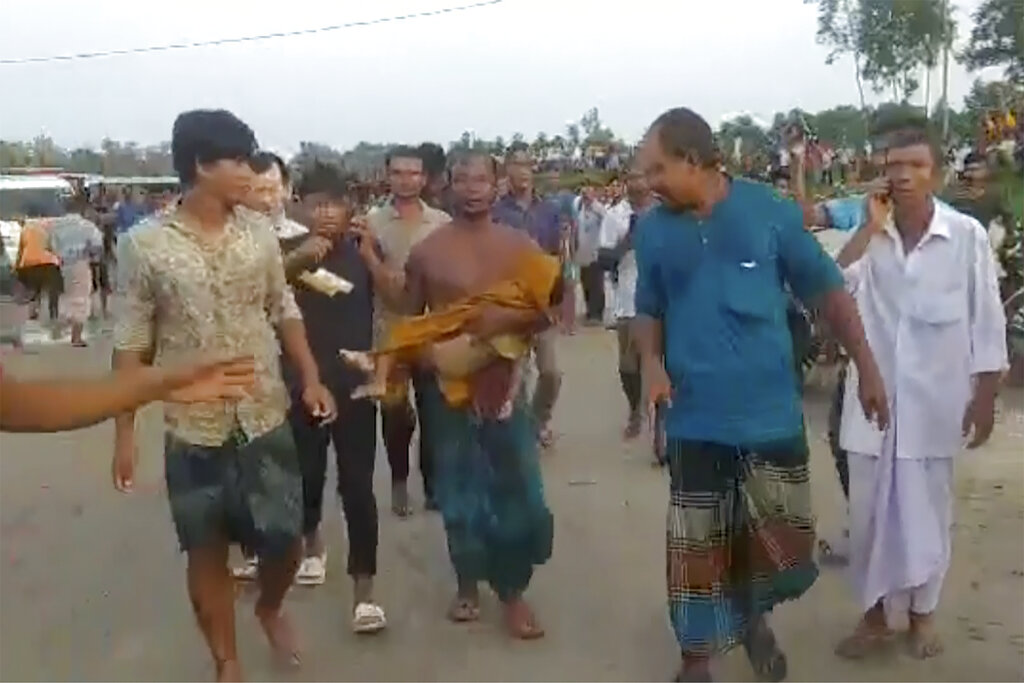 In this image made from a video, people carry a dead body in Panchagarh, Bangladesh Sunday, Sept. 25, 2022. (Photo: AP)

SM Sirajul Huda, superintendent of Panchagarh District Police, told Xinhua that 26 more bodies were retrieved from the Karatoya river in Bangladesh's northern Panchagarh district, 468 km away from the capital Dhaka, on Monday.

According to the officer, the jam-packed boat, carrying some 100 passengers, sank on Sunday afternoon.

Another 26 bodies were recovered Monday, bringing the total death toll to 51 from 25, the officer told Xinhua over phone Monday night.

"The boat overturned and sank due to overloading," said the officer.

TV images from the scene showed dozens of bodies in white bags which were retrieved from the river Monday.

The boat has already been dragged to the river bank, where many were waiting for the bodies of their loved ones to be retrieved from the water.

The police officer said rescuers had been working against a strong current and choppy river waters, adding that a search was underway as several passengers were still believed to be missing.