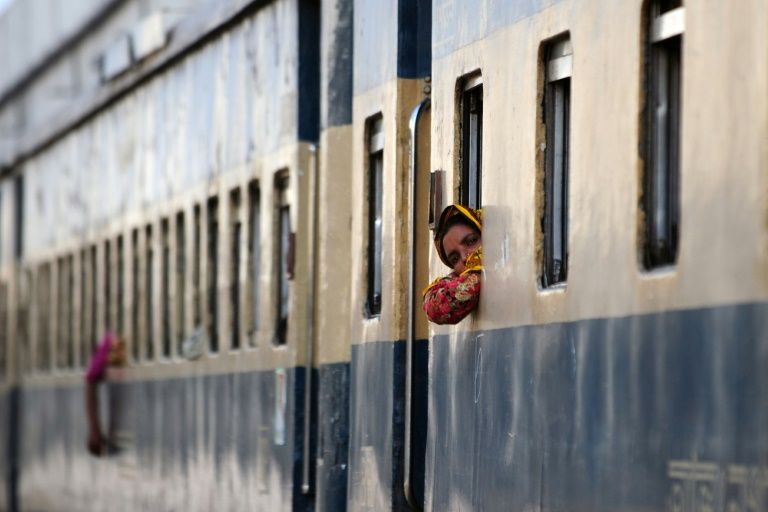 A total of 535 people have been killed since 2010 after being hit by trains while wearing headphones on tracks in and around the Bangladeshi capital Dhaka, police said Thursday.

The mostly unfenced railways of the South Asian country of 165 million people are notoriously dangerous, with around 1,000 fatal accidents or suicides every year.

But police said in recent years "headphone walkers" have become a new menace as people walk on tracks listening to music or talking on mobile phones using earphones.

"Walking on railway tracks and putting on headphones is banned in the country. Still a lot of people ignore the ban and are killed by trains," Dhaka rail police chief Yeasin Faroque Mozumder told AFP.

Fatalities hit a record high in 2014 when 109 people died. Numbers have declined since thanks to an awareness campaign, but police said 54 people were still killed in this way last year.

"But people still walk on the tracks as if they were unaware of fatal consequences," he said.

Hundreds of thousands of slum dwellers also live on land next to railway tracks in shacks made of tarpaulin and bamboo. Many makeshift food stalls are also dangerously close.

Alam said it is "impossible" to secure the tracks unless people cooperate with them.

According to police, nearly 6,000 people died in railway accidents and suicides on the country's 2,800-kilometres (1,730-mile) rail network in the last six and a half years.

In neighbouring India, home to one of the world's largest rail networks, some 25,000 people lose lives due to accidents and suicides on railways every year. There are however no specific figures on people killed while using headphones.