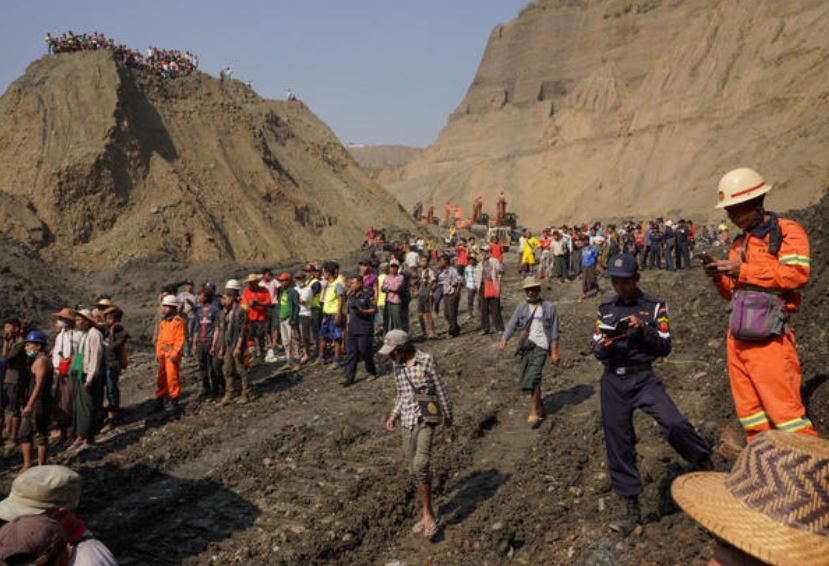 Local people look on in a jade mine where the mud dam collapsed in Hpakant, Kachin state, Myanmar, April 23, 2019. (Photo: AFP)

About 54 jade miners went missing after the collapse of a tailing pond in Myanmar's Kachin state, the Ministry of Information said Tuesday.

The jade miners and 40 machinery including backhoe loaders and vehicles of Myanmar Thura Company and Shwe Nagar Koe Kaung Company were believed to be buried under mud.

Search and rescue operations are being carried by local authorities.

Mining accidents are frequent in Hpakant mining region and most of the fatalities are caused by landslides.

Many local people make their living by jade scavenging in the region.

A fatal landslide occurred in the region in November 2015, killing at least 116 jade scavengers with about 100 more missing.