55 Palestinians injured in clashes with Israeli soldiers in eastern Gaza 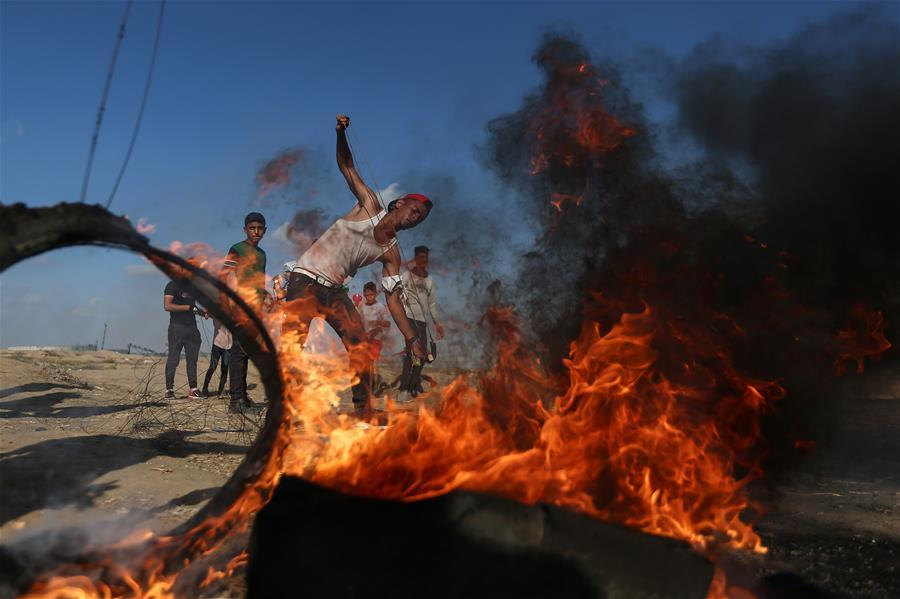 GAZA, Sept. 13 (Xinhua) -- At least 55 Palestinians were injured on Friday afternoon during clashes with Israeli soldiers stationed on the border between eastern Gaza Strip and Israel, a Palestinian official said.

Ashraf al-Qedra, spokesman of the health ministry in Gaza, told reporters that 55 demonstrators were injured, including 29 shot by Israeli soldiers' gunfire, in eastern Gaza Strip, adding that two women were among the casualties.

Earlier on Friday, around 5,000 demonstrators gathered in eastern Gaza Strip, upon the call of the Highest Commission of the Great March of Return and Breaking the Israeli Siege, eyewitnesses and local media reports said.

The Palestinians in the Gaza Strip have been going on weekly anti-Israel protests and rallies, better known as the Great March of Return, which started in late March last year, aiming at ending 13 years of the Israeli blockade imposed on the Gaza Strip.

Hamas movement and several Palestinian factions are leading the highest commission of the protests in a bid to pressure on Israel to ease the blockade.

Hamas and the factions accused Israel of not being committed to the calm understandings, which had been brokered by Egypt, the United Nations and Qatar in November last year.

Tension between Israel and the Palestinians in the Gaza Strip has been mounting over the past couple of weeks, a few days before the parliamentary elections in Israel for the second time in less than a year.