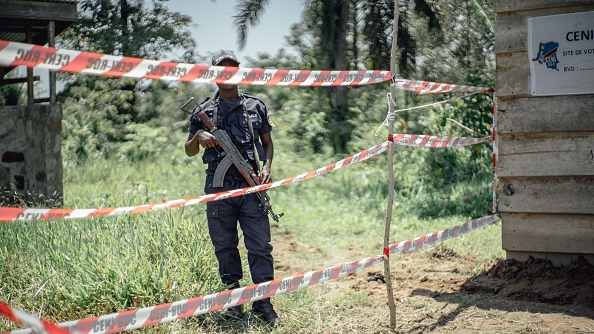 A policeman stands watch in a neighbourhood in the Democratic Republic of Congo. (Photo: AFP)

At least 58 people were killed by suspected Allied Democratic Forces militia in Ituri province in the eastern Democratic Republic of Congo, according to a local government official.

Ituri's provincial interior minister Adjio Gidi told AFP that the killings were committed in two massacres. In the first attack, 23 people were killed in Irumu territory in southern Ituri on Tuesday, followed by another 35 people on Thursday.

The ADF, originally from Uganda and created in 1986, pledged its allegiance to Islamic State and the group has endorsed some attacks by the ADF, however, researchers say there is no evidence of close collaboration.

In late 2019, the Congolese army launched a crackdown on militias in the east, resulting in reprisal attacks in which armed groups killed hundreds of people.

A report by the United Nations Joint Human Rights Office (UNJHRO) in July said the attacks committed by the ADF may constitute war crimes.

The UNJHRO estimated that at least 1,066 civilians have been killed and 176 others wounded while 717 others have been kidnapped by ADF combatants in North-Kivu and Ituri provinces since the start of last year up to the end of June.