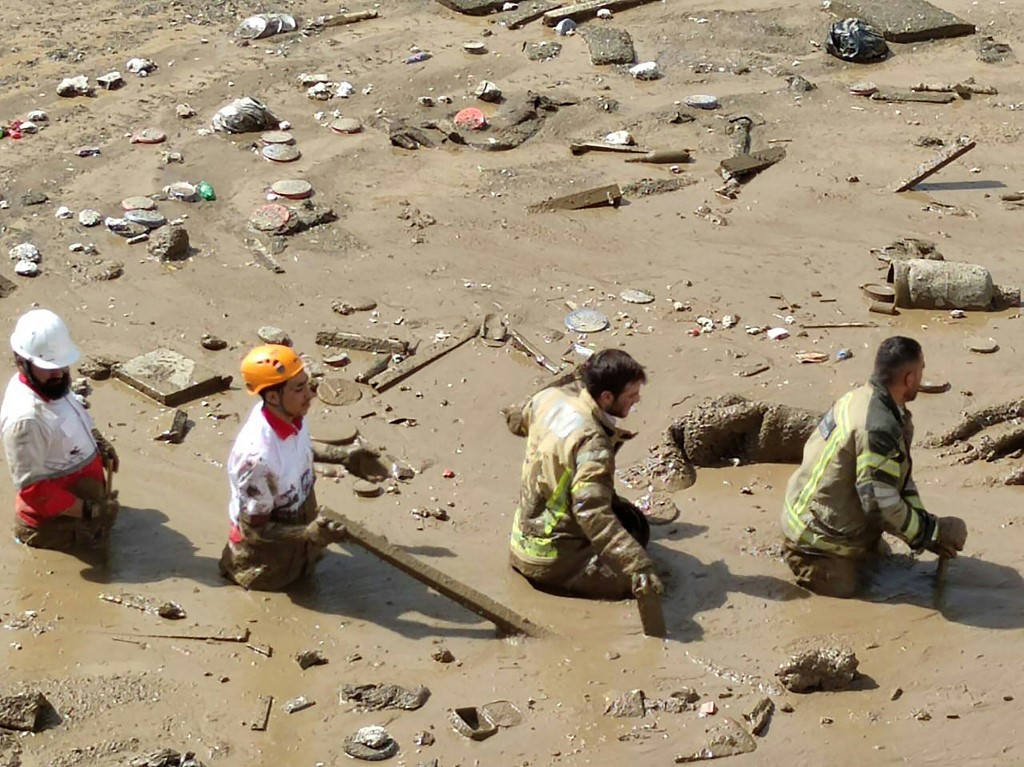 A handout picture provided by the Iranian Red Crescent (RCS) shows members of a rescue team working at the site of a flash flood in the Emamzadeh Davoud northwestern part of Tehran, on July 28 2022. (Photo: AFP)

TEHRAN, July 30 (Xinhua) -- At least 59 people have been killed in recent flash floods in different parts of Iran, an official from Iran's Red Crescent Society (IRCS) said on Saturday.

Yaqub Soleimani, secretary general of the IRCS, told the official IRNA news agency that 30 other people are still missing in the floods that started last week.

Some 60 cities and 516 villages, as well as 85 connecting roads, have been affected by the recent floods, Soleimani was quoted as saying.

So far, 1,332 people have been transferred to safe places, 5,215 others are receiving accommodation, and 944 houses have been evacuated, he said.

Iranian President Ebrahim Raisi on Friday ordered the ministers, heads of organizations and governor-generals across the country to mobilize all their facilities to manage the possible floods, according to the presidential website.