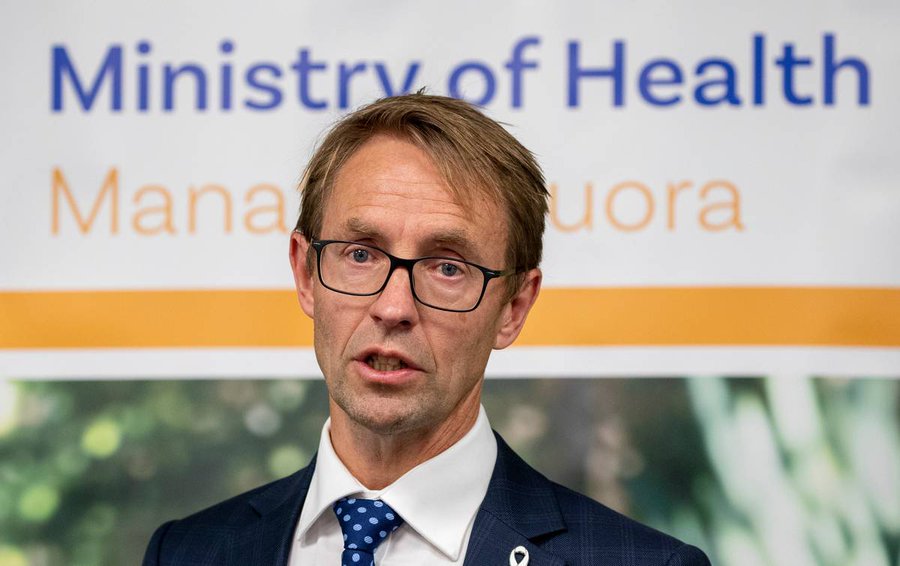 Director-General of Health Dr Ashley Bloomfield at the press conference

WELLINGTON, March 7 (Xinhua) -- A fifth case of COVID-19 was confirmed in New Zealand on Saturday.

The case involves a New Zealand citizen in her 40's, the partner of the third case announced earlier this week, Director-General of Health Dr. Ashley Bloomfield told a press conference.

The woman has stayed in self-isolation at home since Thursday. "Like three of the previous positive cases, this person doesn't require hospital level care and neither does anyone else in the family home," Bloomfield said.

Casual contact tracing is underway for the individual and close contacts are already in self-isolation.

Meanwhile, one woman in her 70s, who is among the eight New Zealanders who travelled on a cruise ship, the Grand Princess, had been in hospital for a respiratory illness, recovered and discharged early in March, but is now in hospital for an unrelated-condition.

The woman, although tested negative for COVID-19, is considered a probable case. Close contacts of the woman, including a number of medical staff are standing down for 14 days as a precautionary measure, Bloomfield said.

The United States said Friday that 21 people on the Grand Princess cruise ship tested positive for COVID-19, including 19 crew members and two passengers.

The cruise ship was linked to the first coronavirus death in California amid possible virus spread aboard. It was banned from docking at San Francisco, after one of its former passengers died from COVID-19 Wednesday.

"New Zealand is in a phase where we are seeing more cases, and we are actively trying to find cases through testing," Bloomfield said.

But he maintained that New Zealand government has a good plan and a thorough public health response that has been demonstrated to work both home and abroad.