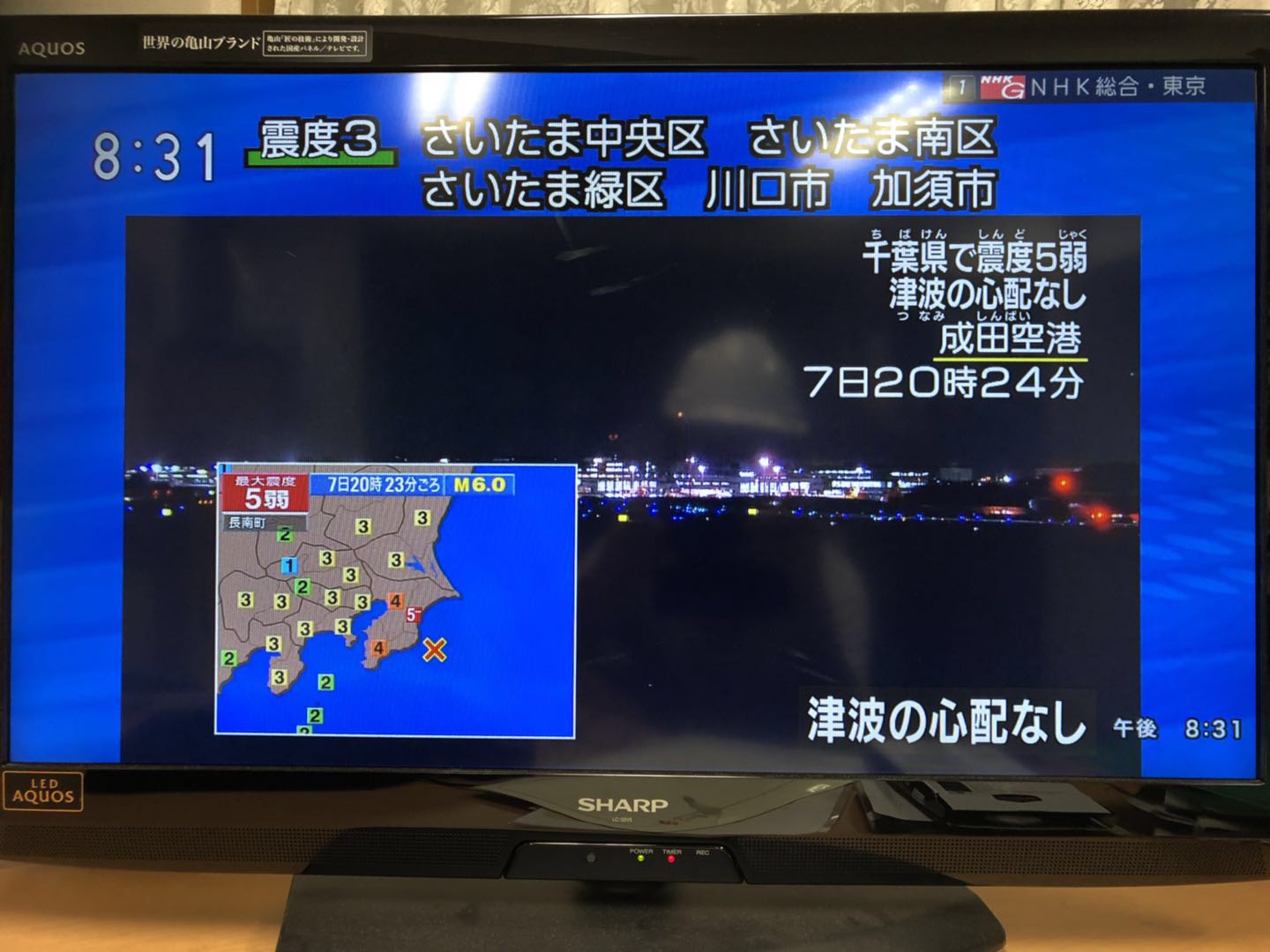 The temblor, which occurred at 8:23 p.m. local time, was centered off the coast of Chiba prefecture, with the epicenter at a latitude of 35.1 degrees north and a longitude of 140.6 degrees east, and at depth of 50 km.

The earthquake logged lower 5 on the Japanese seismic intensity scale which peaks at 7 in some areas of Chiba prefecture and could be felt in Tokyo.

So far, no major damage or injuries were reported, and no tsunami warning has been issued.