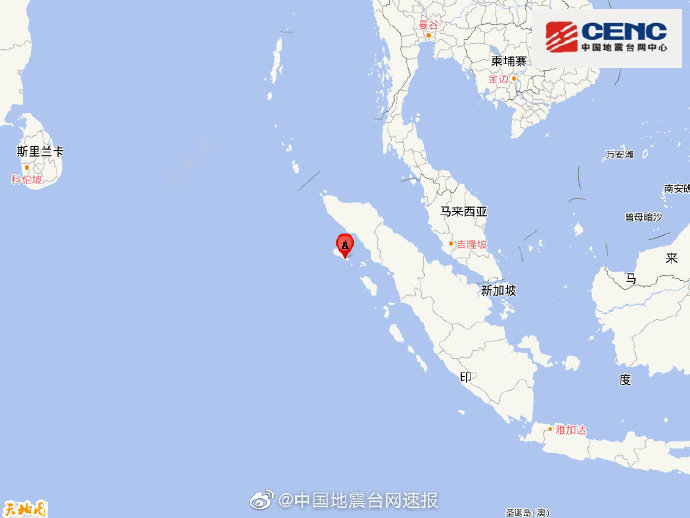 A strong earthquake jolted Indonesia's northwest on Tuesday, but no tsunami warning was issued and there were no immediate reports of injuries or damage.

The 6.2 magnitude quake struck at a depth of 20 kilometres (12.5 miles) just off the coast of Simeulue island, west of Sumatra, according to the US Geological Survey.

Indonesia's weather and geophysics bureau said there was no tsunami threat.

People panicked and ran outside their homes when the quake hit.

"We are now watching at the beach to monitor the movement of seawater," Simeulue resident Ahmadi told AFP.

No casualties or infrastructure damage have been reported so far.

Indonesia suffers frequent seismic and volcanic activity due to its position on the Pacific "Ring of Fire", where tectonic plates collide.

More than 2,200 people died and another 1,000 were declared missing in 2018 after a 7.5 magnitude quake and subsequent tsunami on Sulawesi island.

A 9.1 magnitude earthquake on Boxing Day in 2004 struck Aceh province, causing a tsunami that claimed the lives of more than 170,000 people in Indonesia alone.