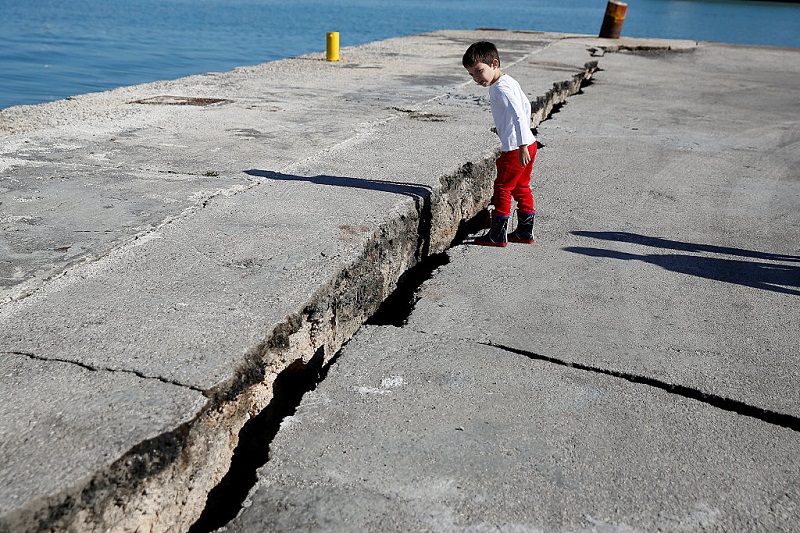 A child looks at the damaged pier of the port of Zakynthos, following an earthquake off the island of Zakynthos,Greece, October 26, 2018. (Photos: VCG)

The tremor's epicenter was located in the sea area some 44 km southwest of Zakynthos island in the Ionian Sea at a depth of 10 km, about 280 km southwest of Athens, according to revised estimates of the Athens Geodynamic Institute of the National Observatory.

The tremor has caused material damage and electricity cuts and prompted residents to run out onto the streets, according to the Greek national news agency AMNA.

The strong quake hit the island at 1:53 a.m. local time (2253 GMT on Thursday), followed by a 5.6-magnitude aftershock and a 5.1-magnitude tremor that struck the same area 16 minutes and 29 minutes later respectively, according to a revised official press statement released by the National Observatory. 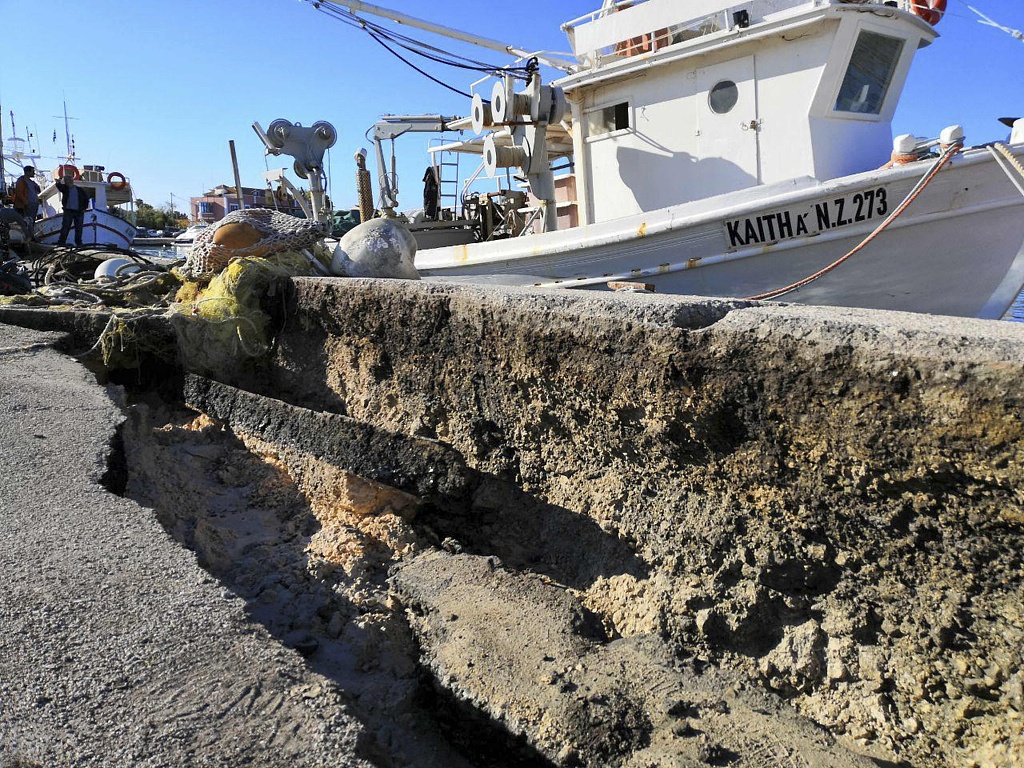 The ground cracked in the harbour of Zante, after powerful 6.4-magnitude earthquake, on October 26, 2018.