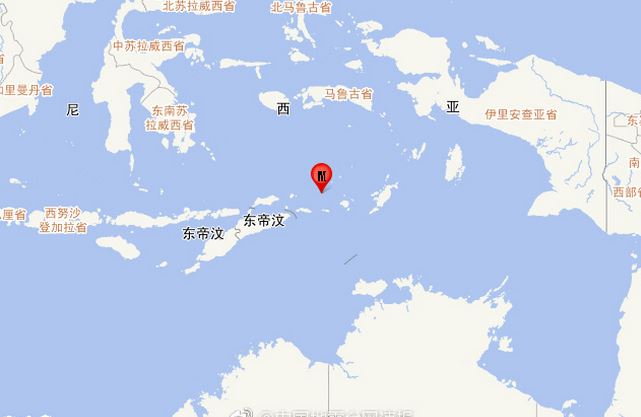 A 6.5-magnitude earthquake jolted off the southern coast of east Indonesia's Maluku Province on Saturday night, the Indonesian Meteorological and Geophysical Agency said.No casualties or damage have been reported so far, according to the agency.The quake struck at 20:27 local time and the epicenter was 275 km east of Southwest Maluku Regency with a depth of 162 km under the sea.Meanwhile, the United States Geological Survey (USGS) put the magnitude at 6.3 with a depth of 140.6 km.The Indonesian Meteorological and Geophysical Agency said there was no potential for tsunami.Indonesia sits on the so-called Pacific Ring of Fire where several tectonic plates meet, making it vulnerable to frequent earthquakes.