JAKARTA, Sept. 26 (Xinhua) -- A 6.8-magnitude earthquake struck off Indonesia's eastern Maluku province early on Thursday, but there was no risk of a tsunami, the Meteorology and Geophysics Agency said. 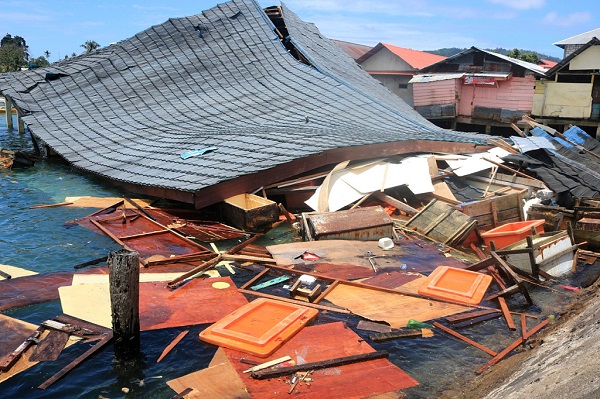 The quake rocked at 6:46 a.m. Jakarta time Thursday (2346 GMT Wednesday) with the epicenter 40 km northeast Ambon, the capital city of the province, at a depth of 10 km, the agency said.

"This quake is not potential to trigger tsunami, so that no warning was issued," official at the agency Alfart Abubakar told Xinhua.

The quake caused minor damages to a building of Patimura university and cracks on a bridge in the city, spokesman of the National Disaster Management Agency Agus Wibowo told Xinhua.

Indonesia is vulnerable to earthquake as the country lies on a quake-prone zone of the "Pacific Ring of Fire."