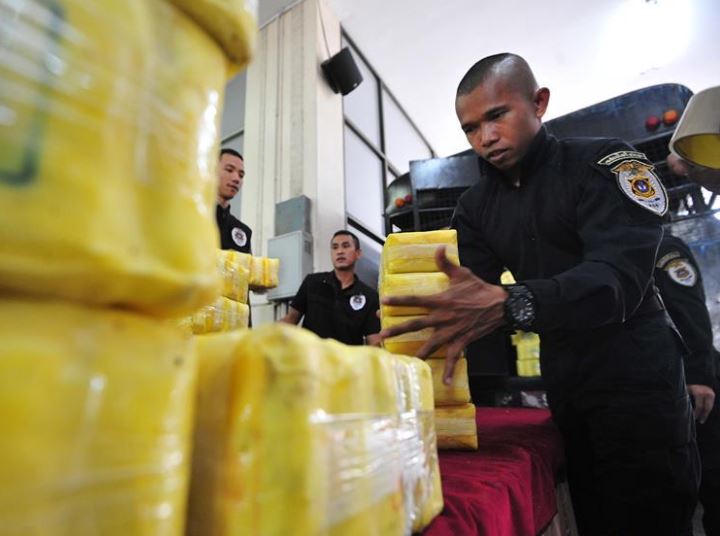 The six drug couriers were nabbed in two busts in northern Thailand's Kamphaeng Phet on Saturday, said Chalermkiat Srivorakan, deputy commissioner-general of the Royal Thai Police at a press conference.

The suspected, aged from 18 to 42, were arrested after drug suppression police received a tip-off that a drug ring was about to smuggle the drugs from northern Thailand's border province Chiang Rai to central part of the country.

Police traced a vehicle and stopped it in Kamphaeng Phet Province on Saturday afternoon. More than two million meth pills were found hidden inside.

Later on the same day, police made another arrest of the other members of the same gang and seized 1.95 million speed pills.

Drug smuggling is rampant in Thailand in recent years, especially in the country's northern areas bordering Myanmar, where many notorious drug production industries are based.