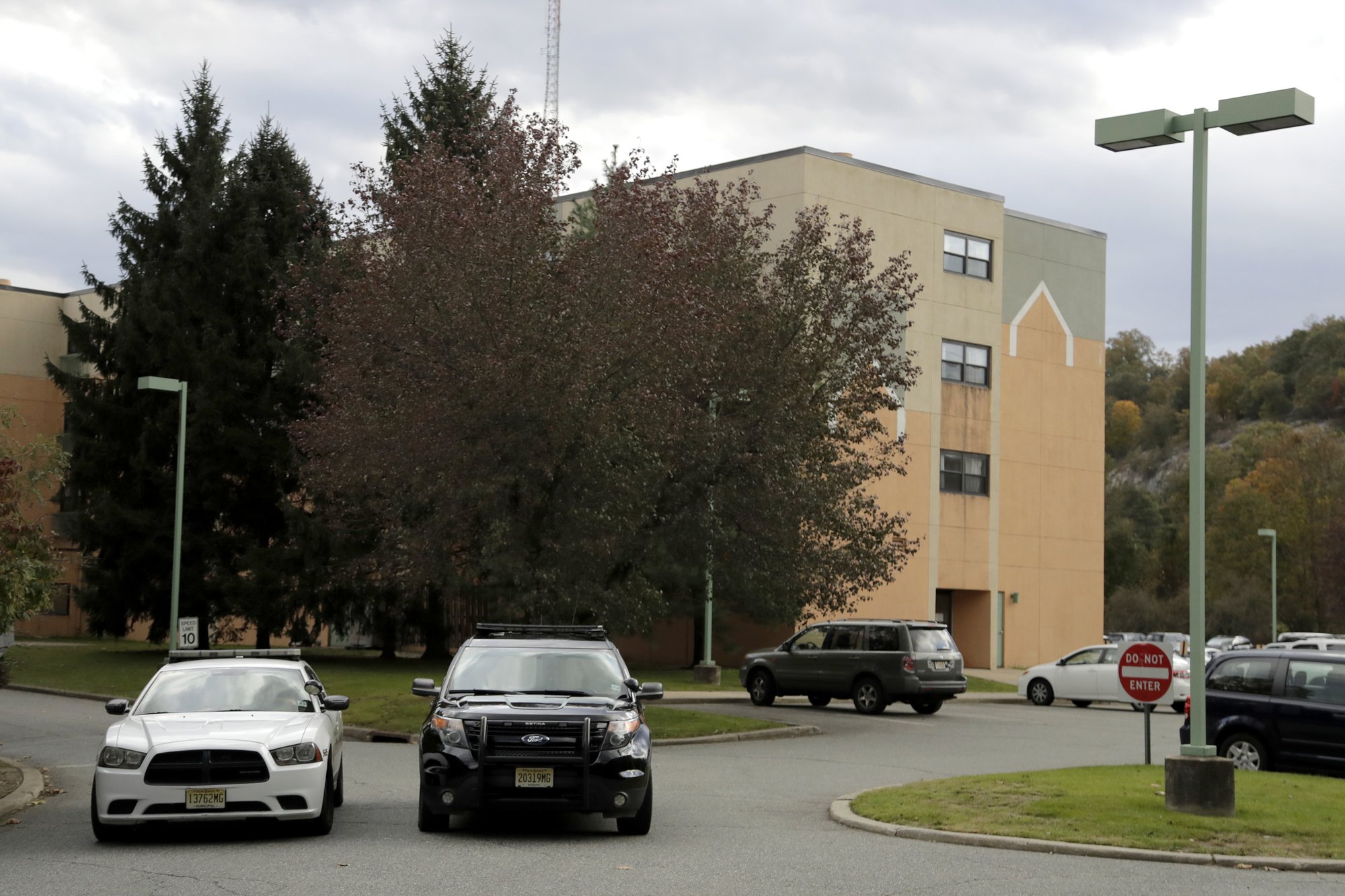 Police cruisers are seen parked near the entrance of the Wanaque Center For Nursing And Rehabilitation, where New Jersey state Health Department confirmed the 18 cases of adenovirus, Tuesday, Oct. 23, 2018, in Haskell, N.J. (Photo: AP)

There have been 18 cases of adenovirus at the Wanaque Center for Nursing and Rehabilitation in Haskell, about 30 miles (50 kilometers) northwest of New York, the New Jersey Health Department said in a statement.

The Centers for Disease Control and Prevention said in an email that no one was available to comment on how unusual it is for six adenovirus deaths in such a population of patients.

The strain afflicting the children is usually associated with acute respiratory illness, according to the CDC, which on its website instructs health workers to report unusual clusters to state or local health departments.

The Health Department didn’t release the ages of the victims or address the severity of the illness in the other dozen cases.

The six deaths happened this month, according to Health Department spokeswoman Donna Leusner.

The facility was instructed not to admit new patients until the outbreak ends, and the Health Department said the number of new cases appears to be decreasing.

Dr. William Schaffner, an infectious disease professor at Vanderbilt University Medical Center, said these kinds of fatalities are not common, but they’re known to happen.

“Here I think you have this kind of nasty combination of very fragile children and this particularly aggressive virus,” he said.

The strain in the New Jersey outbreak is No. 7 and is affecting “medically fragile” children with severely compromised immune systems, according to the Health Department. It has been associated with communal living and can be more severe

A scientific paper cited by the CDC reported that a 1998 outbreak of type 7 adenovirus at a pediatric chronic-care facility in Chicago claimed the lives of eight patients. The 2001 paper said civilian outbreaks of the type 7 infection had not been frequently reported because of a lack of lab resources, and that the full impact on chronic-care facilities and hospitals is likely underestimated.

In New Jersey, a team was at the center Tuesday and Sunday and found “minor handwashing deficiencies,” the Health Department said.

“The Health Department is continuing to work closely with the facility on infection control issues,” the department said in a statement.

The center helps educate “medically fragile children,” according to its website. Messages left with the center were not returned.

Gov. Phil Murphy said in a statement that he was “heartbroken” about the deaths and that he had been briefed by the health commissioner, Dr. Shereef Elnahal, who told him that the department is on site and trying to prevent the virus from spreading further.

“I am confident that the steps being taken by state and local officials will minimize the impact to all those who remain at the facility, including patients and employee,” Murphy said.

Adenoviruses often cause mild illness, particularly in young children, but people with weakened immune systems are at risk of getting severely sick, according to the CDC.