ISLAMABAD, May 21 (Xinhua) -- At least six people were killed and 15 others injured when a blast went off in Pakistan's southwest city of Chaman on Friday, police said. 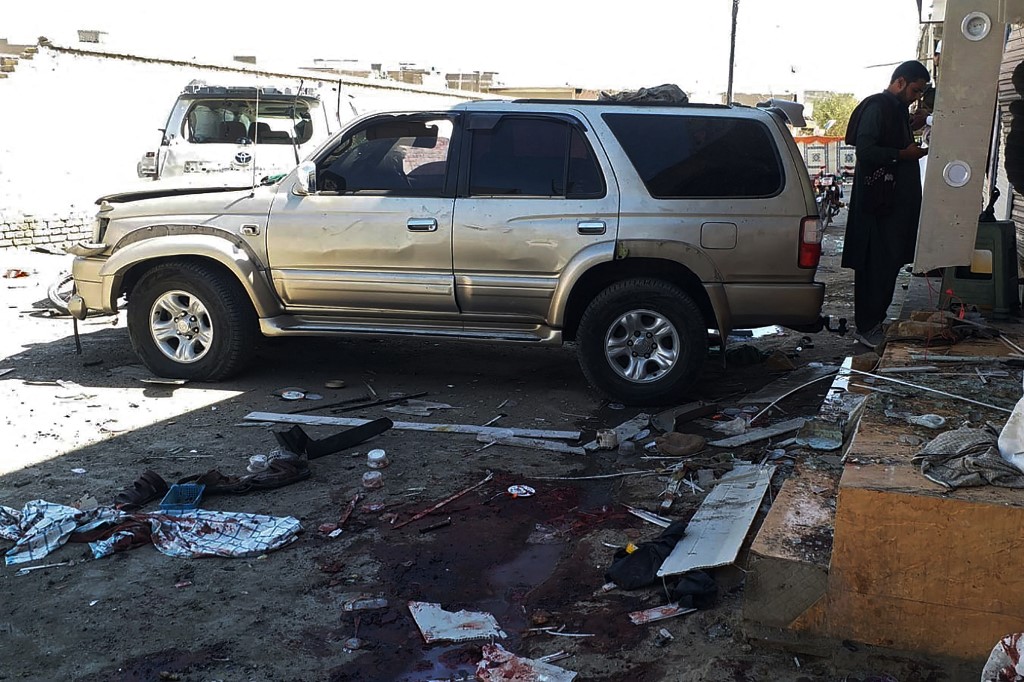 A man stands near a damaged vehicle at the site of bomb blast, in which six people were killed and another 15 wounded, in Chaman of Pakistan's Balochistan province near the Afghanistan border on May 21, 2021. (Photo: AFP)

A senior police officer in Chaman told local media that the explosion took place when the vehicle of a local politician was passing through the Shaheed Sajid Khan Mohmand road area in Chaman, a city in the country's southwest Balochistan province bordering Afghanistan.

However, the politician remained safe in the blast, said police.

The nature of the explosion has not been officially confirmed yet, said police, adding that the investigation team and bomb disposal unit have been called into the site for gathering evidence and collecting information.

Security forces and rescue teams rushed to the site and shifted the injured to a government hospital in the city after the blast.

No group or individual has claimed responsibility for the blast yet.