WORLD 6 killed after school bus falls into gorge in India

6 killed after school bus falls into gorge in India

NEW DELHI, Jan. 5 (Xinhua) -- At least six people including five school children were killed and seven others injured Saturday after a bus carrying them skidded off a mountainous road and fell into gorge in northern Indian state of Himachal Pradesh, officials said. 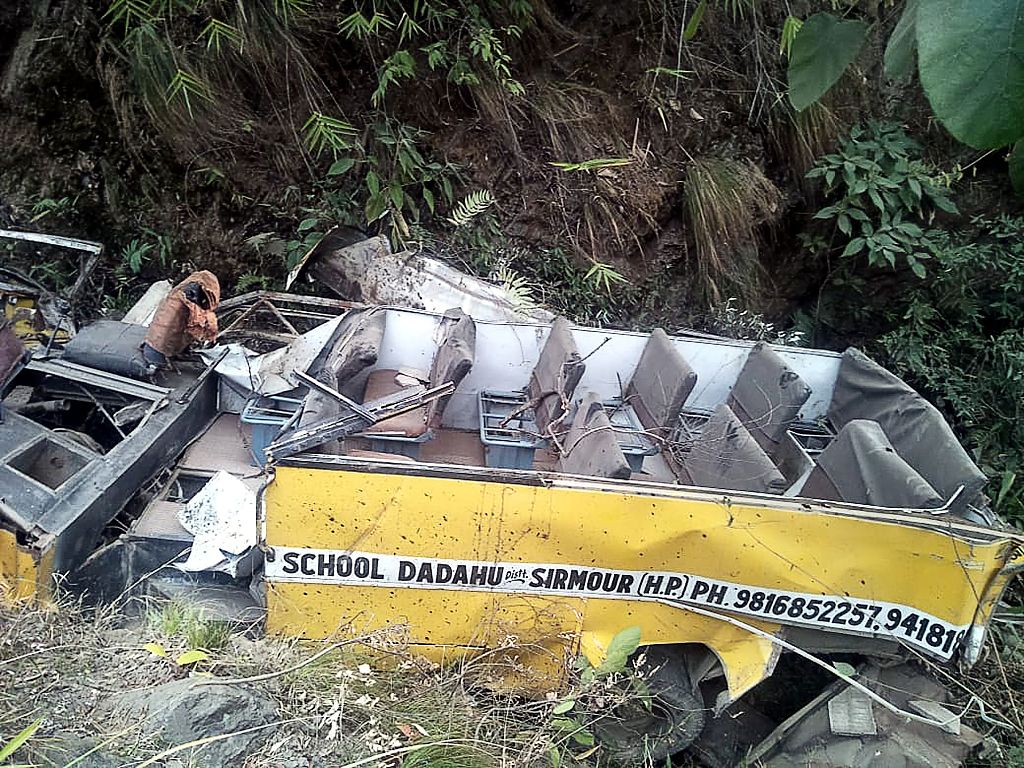 Remains of a wrecked school bus after falling into a gorge in Himachal Pradesh's Sirmaur district, India, on January 5, 2019. (Photo: VCG)

The accident took place in Sangrah town of Sirmaur district, about 175 km south of Shimla, the capital city of Himachal Pradesh.

"Five school children of a private school and driver of the bus were killed while as seven other children injured when a bus carrying them skidded off the road and fell into a deep gorge here," a local government official posted in Sirmaur said. "The injured school children were taken to hospital."

Police have registered a case and ordered investigations to ascertain reasons behind the accident.

Chief Minister of Himachal Pradesh Jairam Thakur expressed grief over the deaths in the tragic accident in Sirmaur and directed authorities to provide medical treatment to the injured children.

Deadly road accidents are common in India often due to overloading, bad condition of roads and reckless driving.

An official report says on an average 400 deaths take place every day in India due to road accidents.