6 killed in car bombing in Mogadishu

MOGADISHU, March 23 (Xinhua) -- At least six people were killed and 11 others injured in twin blasts targeting the buildings of ministry of labor and public works in the Somali capital Mogadishu on Saturday, police and medical sources said. 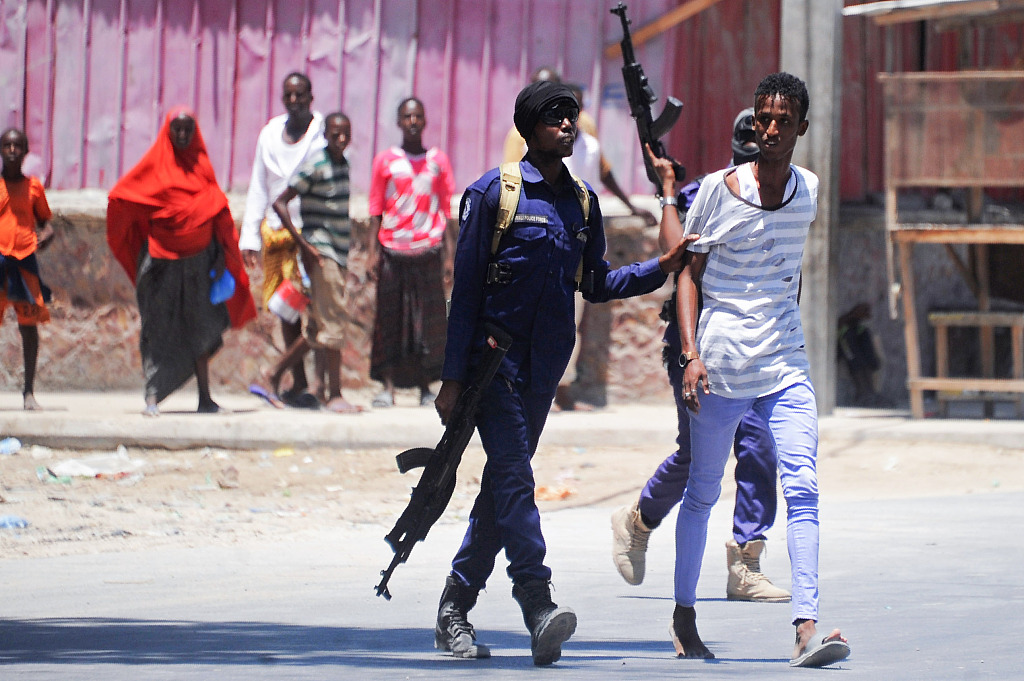 Somali soldiers arrest a civilian close to the scene of two explosions set off near the ministries of public works and labour in Mogadishu on March 23, 2019. (Photos: VCG)

"So far we can confirm that six people died in the explosions while others were rescued from the buildings," Abdulle said.

Mohamed Omar Dalha, a Somali lawmaker, confirmed to Xinhua that a Member of Parliament and deputy minister for labor and social Affairs Saqar Ibrahim Abdalla was among those killed in Mogadishu terror attacks.

Witnesses said that the explosions were followed by gunfires.

"After the blast occurred there was gunfire inside the building," a witness Ahmed Ismail told Xinhua.

Amin Ambulance director Abdulkadir Abdirrahman told Xinhua that they had taken 11 injured people from the scene.

Cover image: Smoke rises after a terror attack carried out by Al-Qaeda-affiliated terrorist group al-Shabaab with a bomb-laden vehicle near two ministry buildings in the Somalia capital Mogadishu which killed at least 5 people on March 23, 2019.