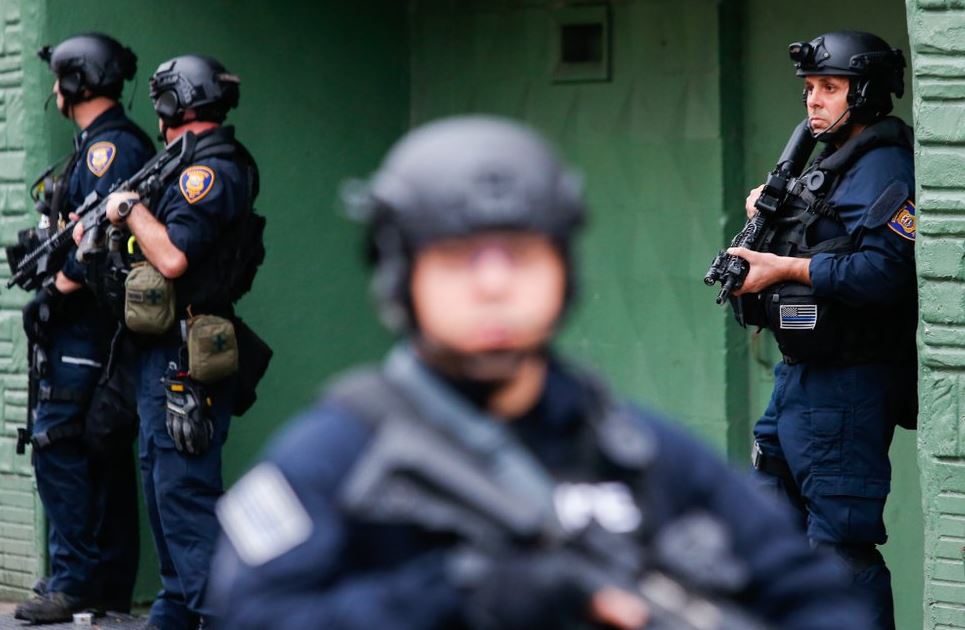 Jean Jadezaia, a spokeswoman for the Hudson County Sheriff's Office, called it an "active shooter situation."

Two suspects, one male and one female, both described as juveniles, also were shot, while a third, described as a black male wearing all black, remained on the loose, a federal law enforcement source told Fox News.

Law enforcement sent in a robot to have eyes and ears inside the store where some of the shots were fired, the source said.

New Jersey Gov. Phil Murphy, in a statement, said, "I have been briefed on the unfolding situation in Jersey City. Our thoughts and prayers are with the men and women of the Jersey City Police Department, especially with the officers shot during this standoff, and with the residents and schoolchildren currently under lockdown."