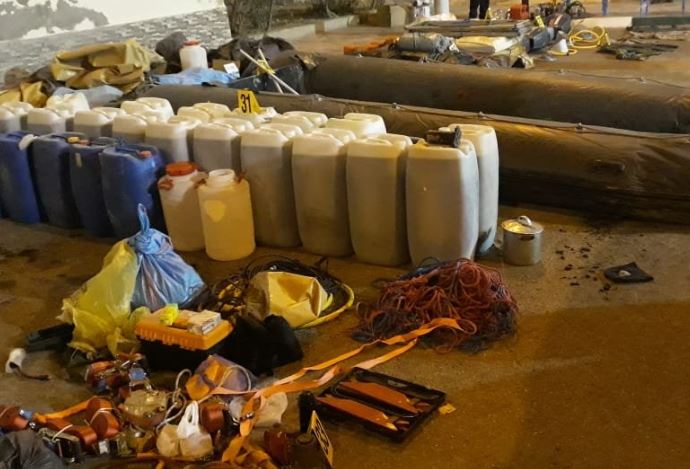 Inspection on a vehicle boarding the suspects resulted in the seizing of 55 kg of cannabis, two location-tracking devices, three machetes, a Kalashnikov rifle, two magazines loaded with 25 bullets and a hunting rifle with 39 cartridges.

Despite efforts to crack down on cannabis during the last decade, Morocco remains one of the world's largest producers, according to the United Nations Office on Drugs and Crime