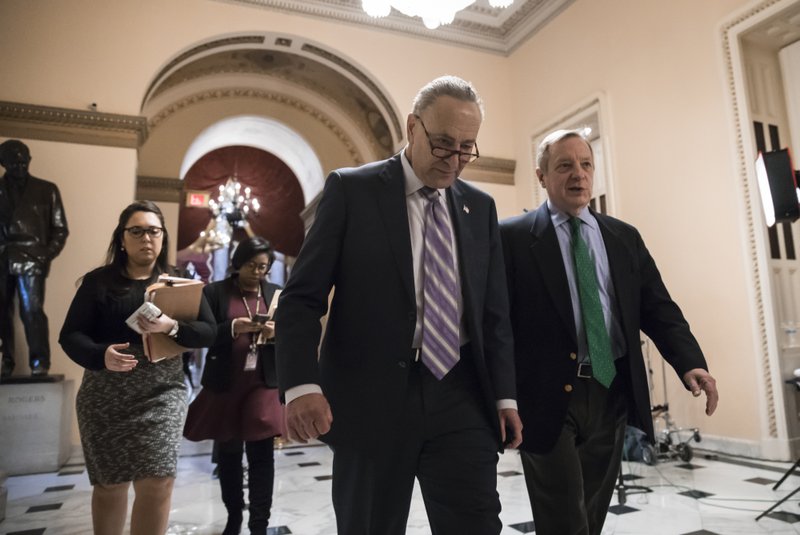 The lawmakers say they’re seeking enough support to push the deal through Congress.

The significance of their agreement was initially unclear. White House spokeswoman Sarah Huckabee Sanders said no deal has been reached and said the White House would keep working toward an agreement.

Three Republican and three Democratic senators have been working for months on a plan to protect people who arrived in the U.S. as children, many illegally. They had been shielded from deportation by Obama-era regulations that President Donald Trump has ended and will expire in March.

A bipartisan group of senators has reached a deal on immigration to protect younger people brought to the U.S. illegally as children.

That’s according to a spokesman for Arizona Republican Sen. Jeff Flake. The group includes Flake and Illinois Democratic Sen. Dick Durbin. They’ve worked with other pro-immigration senators for months in hopes of extending Obama-era protections called Deferred Action for Childhood Arrivals, or DACA.

The group was on track to address border security and other issues, such as preferential treatment for family members of immigrants already in the U.S.

The next step is seeking White House reaction.

Pelosi’s talking about a group of lawmakers that’s blessed by President Donald Trump. They’re trying to find a deal to protect young immigrants brought to the U.S. illegally as children.

The California lawmakers says there’s “plenty of other bipartisan activity going on that gives me hope that we’re pretty close” to agreement on the young immigrants and other immigration policy.

Pelosi asks, “Why now? Except perhaps to delay?”

Backed by the White House, Democratic and Republican lawmakers dug into a politically fraught search for compromise on immigration Wednesday, seeking to take advantage of a window of opportunity opened by President Donald Trump. They’re under pressure to find a breakthrough before a deadline next week that could lead to a government shutdown.

Democrats want to stave off deportation of some 800,000 immigrants currently protected by an Obama-era program called Deferred Action for Childhood Arrivals, or DACA. Trump still wants his border wall, though he’s toned down what that means. Conservatives are wary, fearing he will strike a soft compromise.

The No. 2 Republicans and Democrats in both House and Senate — touched gloves Wednesday afternoon, deputized for action at what appears to be a moment of genuine opportunity to break Washington gridlock.