60% of Americans disapprove of Trump's handling of coronavirus pandemic: poll 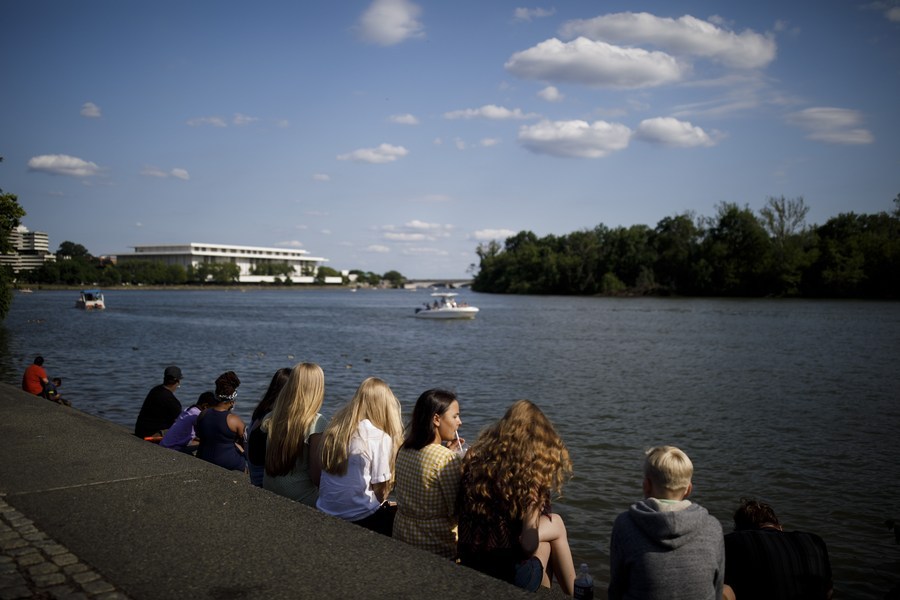 WASHINGTON - Three in five Americans now disapprove of their president's handling of the coronavirus pandemic, a new poll released Friday showed, one day after the nation shattered the previous record as over 70,000 cases were reported in a single day.

The 60-percent disapproval rating, shown in the Washington Post-ABC News poll conducted between July 12 and 15, represented a rise of 15 percentage points since March.

The latest survey showed 52 percent of the respondents "strongly" disapproved of President Donald Trump's tackling of the crisis, up 9 percentage points since May and 16 points since March.

Meanwhile, those who approved of Trump's response to the pandemic fell to 38 percent from 46 percent in May and 51 percent in March.

In addition, the proportion of respondents considering controlling the spread of the virus to be more important -- 63 percent -- nearly doubled the 33 percent who believed restarting the economy to be more of an urgent issue, the poll indicated.

A similarly wide gap was shown between the strong proponents of curtailing the transmission and the firm believer in reopening the economy, representing 52 percent and 26 percent, respectively.

Trump and other administration officials have repeatedly argued for reopening the country, even though public health experts have continuously warned against doing so prematurely.

The poll, which surveyed a random national sample of 1,006 adults and has a margin of error of plus or minus 3.5 percentage points, came at a time when Trump was severely criticized by current and former officials for failing to effectively contain the outbreak.

"I'd watched as the president downplayed the outbreak's severity and as the White House failed to issue public warnings, draw up a 50-state strategy, or dispatch medical gear or lifesaving ventilators from the national stockpile to American hospitals," Hogan said. "Eventually, it was clear that waiting around for the president to run the nation's response was hopeless; if we delayed any longer, we'd be condemning more of our citizens to suffering and death."

Also published in The Washington Post, a scathing article by four former directors of the U.S. Centers for Disease Control and Prevention (CDC) that came out Tuesday said that Trump has politicized science in ways never adopted by any president.

Tom Frieden, Jeffrey Koplan, David Satcher and Richard Besser said that public health experts had to fight the dual opponents of COVID-19 and "political leaders and others attempting to undermine" the CDC.