MANILA, Nov. 7 (Xinhua) -- Rescuers rescued 63 passengers and crew of a ferry boat that capsized on Thursday after being buffeted by fierce winds and waves off Cebu province in the central Philippines, a Philippine Coast Guard (PCG) spokesman said. 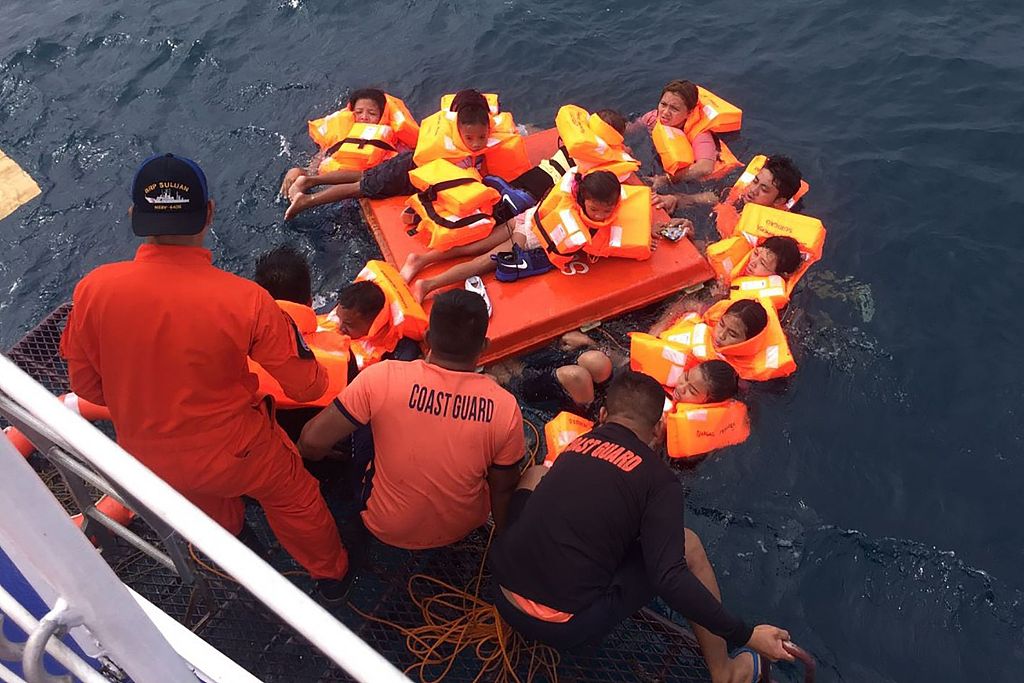 Captain Armand Balilo of the PCG in Manila said all 53 passengers and 10 crew were all accounted for.

"There are 63 survivors, out of the 53 passengers and 10 crew onboard ... No deaths, no missing," said Balilo, quoting an information from Coast Guard Central Visayas chief Commodore Ronnie Gavan.

"The front hatch cover of the vessel was detached due to the pitching of the vessel caused by big swells, causing water to ingress into the vessel. This made the vessel dip to the front and eventually capsized," he added.

He said the boat left Loon town in Bohol at 9:30 a.m. local time, enroute to Sibonga town in Cebu when the accident happened.