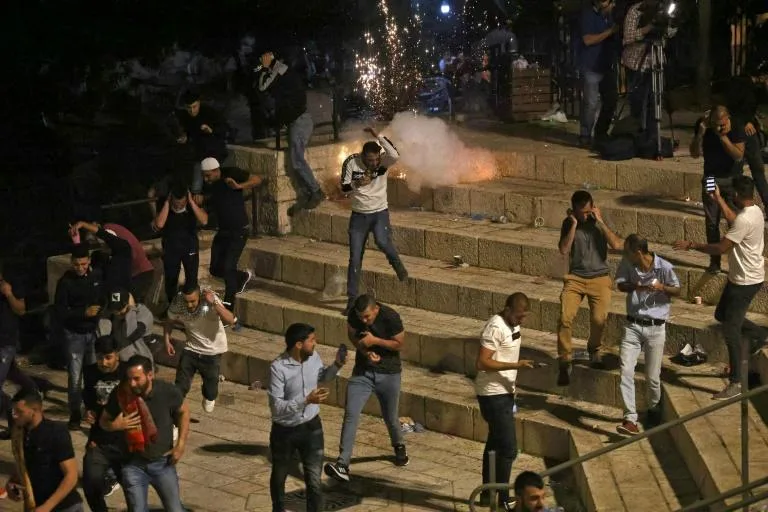 JERUSALEM, May 9 (Xinhua) -- At least 64 Palestinians were injured in demonstrations and violent clashes near Damascus Gate in East Jerusalem on Saturday night, local media reported.

According to Israel's state-owned Kan News, the Israeli police dispersed the demonstrators with stun grenades, water cannon vehicles, mounted officers, and other means.

Clashes erupted after praying of Laylat al-Qadr, the holiest night in the Muslim month of Ramadan. The praying took place at Al-Aqsa Mosque and was attended by about 80,000 worshipers.

Israeli police said it was forced to operate after Palestinians who gathered near the Old City's Damascus Gate began throwing stones, bottles, fireworks, and explosives at police officers.

On Friday night, 205 Palestinians and 17 Israeli police officers were injured in clashes at Al-Aqsa Mosque Compound.

The violent clashes in East Jerusalem came as a result of a ruling that forced Palestinians to leave their homes on land claimed by Jewish settlers.

Earlier this year, an Israeli district court gave the ruling that several Palestinian homes in the Sheikh Jarrah neighborhood legally belonged to Jewish families, triggering protests and clashes between Palestinians and Israeli police.