Belarus, on behalf of 65 countries, delivered a joint speech on Tuesday at the 47th session of the United Nations Human Rights Council held in Geneva, stressing that respect for the sovereignty, independence and territorial integrity of all countries and non-interference in the internal affairs of sovereign states are basic norms governing international relations. 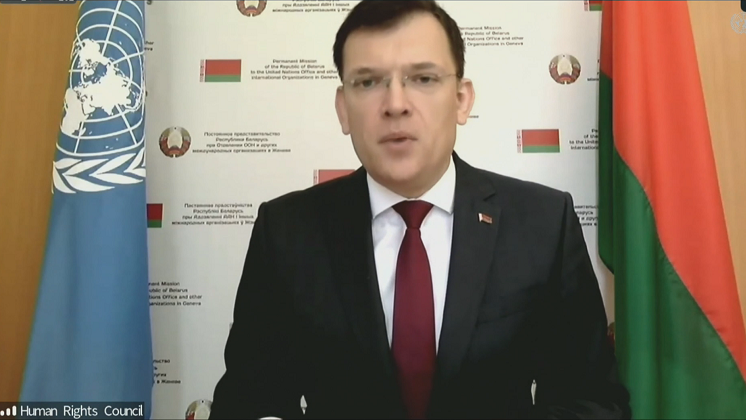 The affairs of the Hong Kong Special Administrative Region (HKSAR), Xinjiang Uygur Autonomous Region and Tibet Autonomous Region are China's internal affairs, and the outside world should not interfere, according to the statement.

The right to independently choose the path of human rights development in light of its national conditions should be fully respected and efforts are needed in promoting and protecting human rights through constructive dialogue and cooperation, the statement said.

Noting its opposition to politicizing and setting double standards on human rights issues, the statement stressed opposing politically motivated groundless accusations against China based on false information and interference in China's internal affairs under the pretext of human rights.

Meanwhile, six members of the Gulf Cooperation Council (GCC) have collectively sent a letter supporting China's stance, and more than 20 countries are ready to make separate speeches in support of China.

More than 90 countries have expressed their understanding and support for China's legitimate position in various ways.