Another 65 people aboard the quarantined Diamond Princess cruise ship moored off Japan have been diagnosed with novel coronavirus, the health ministry said Monday, bringing the total number of known infections to 135. 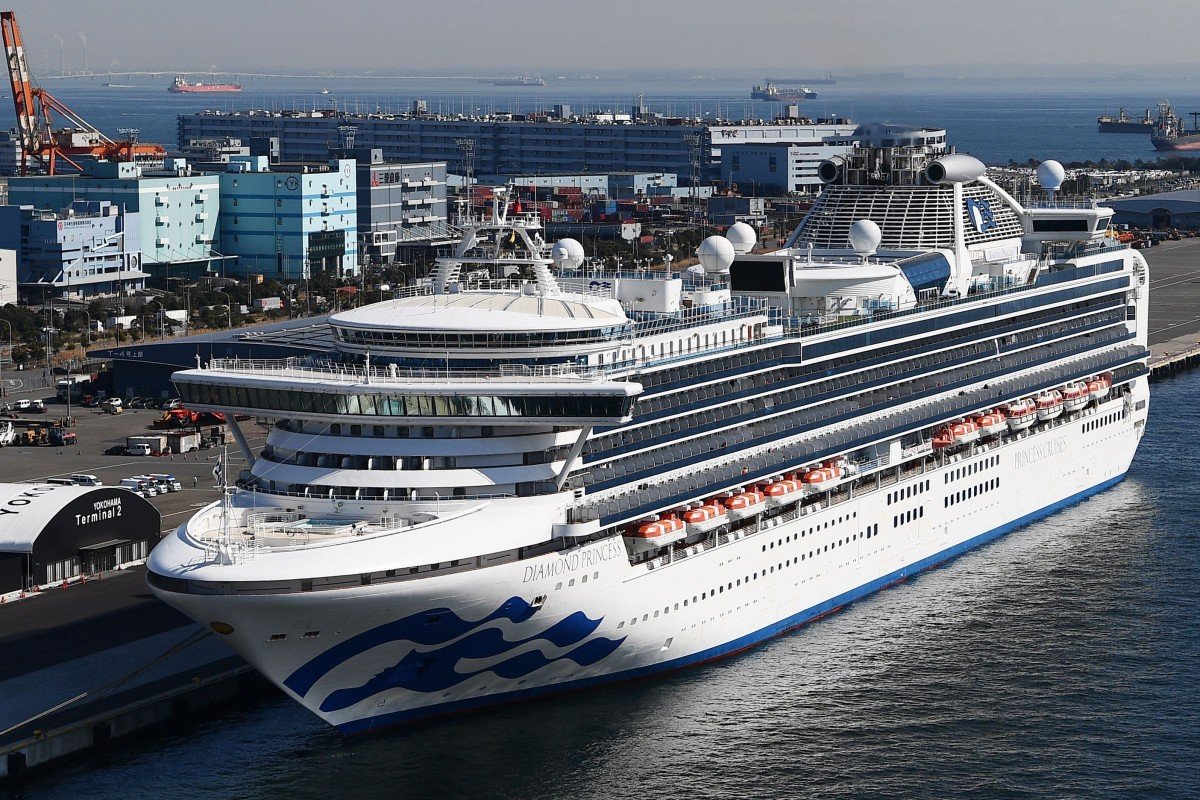 The Diamond Princess has been in quarantine since arriving off the Japanese coast early last week after the virus was detected in a former passenger who got off the ship last month in Hong Kong.

"Test results from 103 people have now come out and 65 of them are confirmed positive for the new coronavirus," the ministry said in a statement without giving further details such as their nationalities.

Authorities have continued to test people for the virus where "necessary", the statement added.

The cruise ship operator said 66 people had been newly diagnosed, mostly Japanese, but there were also Australians, Filipinos and a Canadian, a Brit and a Ukrainian. There was no immediate clarity on the discrepancy between that figure and the health ministry's.

When the boat arrived off Japan, authorities initially tested nearly 300 people for the virus of the 3,711 on board, gradually evacuating dozens who were infected to local medical facilities.

In recent days, testing has expanded to those with new symptoms or who had close contact with other infected passengers or crew, and several more cases were reported over the weekend.

Those who remain on the ship have been asked to stay inside their cabins and allowed only briefly onto open decks.

They have been asked to wear masks and keep a distance from each other when outside, and given thermometers to regularly monitor their temperatures.

The ship is expected to stay in quarantine until February 19 -- 14 days after the isolation period began.

The quarantine has made life on board the ship difficult, particularly for those in windowless interior cabins and a significant number of passengers who require medication for various chronic conditions.

The health ministry said Monday that around 600 people on board urgently needed medication, and around half received supplies over the weekend.

Health Minister Katsunobu Kato told reporters that discussions were ongoing about how to increase testing capacity and also whether testing would take place after passengers are released from quarantine.

The World Health Organization confirmed in a tweet that newly diagnosed cases on the ship should not extend the length of the quarantine.

"The quarantine period of the #DiamondPrincess will come to an end on 19 February," the WHO said in a tweet.

"The period will be extended beyond the 19 Feb as appropriate only for close contacts of newly confirmed cases. They need to remain in quarantine for 14 days from last contact with a confirmed case."

On board the ship, news of the additional infections sparked worry for some, with passenger Yardley Wong tweeting "stress and high anxiety".

"I need to cry to get off the anxiety," she wrote.

There are 26 confirmed cases of the new virus in Japan apart from the infections on board the ship, among them citizens evacuated from Wuhan, the Chinese city where the outbreak emerged.

Nissan said Monday it was carrying out "temporary supply adjustments" at its Kyushu plant as a result of a shortage in the supply of parts from China.

It said it will restart operations at its Huadu and Dalian plants in China on February 17 "at the earliest."

"Restart dates for other plants will differ," it added.